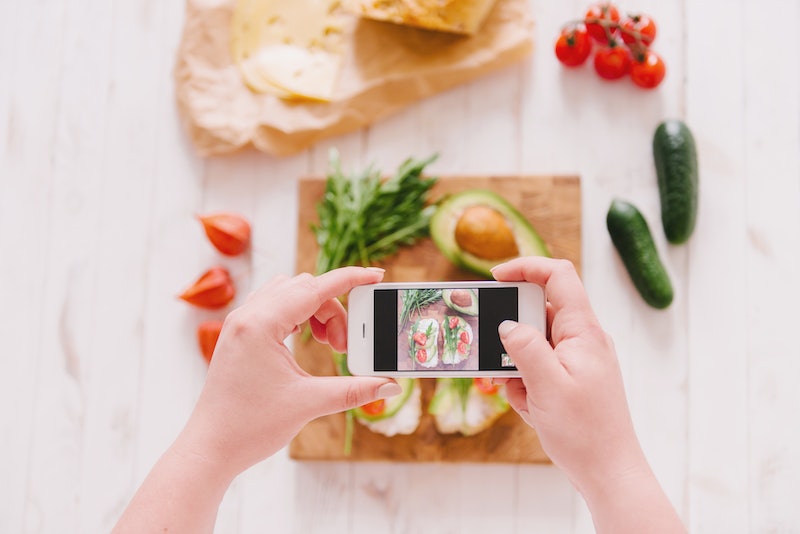 I'm not interested in perpetuating cancel culture, so I'm not saying avocado toast is toast, but I am saying that the brunch favorite has kept the throne warm long enough. It's officially time for America to obsess over another simple-dish-turned-brunch-menu icon, so Bustle reached out to some of the culinary world's top chefs and food experts to find out what the next avocado toast is going to be. While the creamy and nutritious avocado toast might always hit a certain spot, it doesn't need to have a monopoly over brunch culture (#avocadotoast has over 1.4 million tags on IG alone), especially since there are so many other unique and delicious dishes worth obsessing over.

Taking into consideration the ingredients that are trending (due to new information about their nutritional value or claimed healing properties) and international ingredients that are becoming more in demand in the states, these food experts — ranging from on-screen culinary masterminds to local pastry chefs — are predicting what's next. So whether you're maxed out on avocado content, or just looking to take a break from worshiping/blowing your paycheck on the fruit in veggie's clothes, you and your tastebuds have a lot to look forward to. Our experts say the following dishes are in line to take their place on the brunch throne:

According to Johnson, pizza is getting an ingredient makeover resulting in a lighter and more appealing option for brunch. You know, for days where you actually want to do something after eating brunch that doesn't require being chained to the couch, anchored by a heavy meal. "Roman-style Pinsa uses rice and soy flours and minimal wheat flour in their crust," Johnson says. "The result is a lighter crust that still has bite and flavor."

“I am not sure anything beats the dozens of ways to make avocado toast. It's healthy, nutritious, and delicious; rarely does a food score as highly as Avo-Toast does on all those metrics," Zimmern tells Bustle. But for him, there are other ingredients that deserve some time to shine on toast. "Although none have the sex appeal or wellness quotient that the OG Toast King has, I love these toasts, too, and maybe one of them will catch on: cooked green peas mashed with mint, olive oil, and lemon" on the bread of your choosing, Zimmern suggests. For those willing to roll their sleeves up a little farther in the morning, he recommends a "heavenly spread of hard-seared mushrooms, shallots, thyme, and rosemary, deglazed with sherry, and combined with toasted almonds and a few teaspoons of lemon and soy sauce."

According to Warner, the future of brunch lies in a spice jar from Japan. "Furikake," a dry Japanese seasoning comprised mostly of dried fish, sesame seeds, chopped seaweed, sugar, salt, "is going to go mainstream this year," he says. "I can see people using on eggs; it's like flavor confetti, it makes your mouth happy and adds a ton of punch to a basic dish."

The grain bowl isn't going anywhere. In fact, it's moving to the brunch table and it's getting more interesting. "Herbaceous breakfast bowls are next," Whalen says. "People are looking for clean, pure fuel to start the day and a balanced dish that meets many nutritional needs [is ideal]." Because this dish is so energizing, Whalen predicts that it will become increasingly popular on the brunch menu, simply because it makes people feel good.

Miller wrote the book on breakfast, and I mean that literally — it's called Breakfast: The Cookbook — so her prediction is an academic one. Without pause, Miller states that cereal is the next avo toast. "It's basic, delicious, and can be used as a vehicle for culture," she says. "We'll see creative cereal popping up in restaurants and unexpected grocery alternatives. Next-gen cereal gives off a high-low vibe that makes it hard for any millennial or Gen Zer to resist." So make room in your pantry and apologize to the roof of your mouth in advance.

Brunch is getting simplified, not complicated. “More people are avoiding processed gluten products, sugars, and even wheat-based products in favor of more simple foods, with easier digestive processes," Noriega says. Next in line for brunch royalty? A "liquid breakfast." More filling than a green juice and more complex than a smoothie, the liquid breakfast includes avocado, kale, spinach, lemon juice, fruits, and a ton of protein. Another perk? It can be eaten on the go and is not messy at all. If you've ever tried to eat avo toast on the go, you and your shirt will appreciate this alternative.

Bennett's brunch of the future prediction takes a nod from a brunch of the past and puts a new spin on it. Gone are the days of the overly sweet and sticky pastry for brunch, in its place vegan sausage and veggies wrapped up in an equally pretty package. "Pastries but savory," Bennett says. "Laminated dough is just going to reinvent the game over and over again and incorporate more savory, seasonal ingredients, and because it’s such a convenient item, but also so beautiful and intricate and therefore photographable, people will be swayed that way."

Whether you're willing to let go of your trusty brunch order or not, why not shake things up and try out of of these predictions before they catch on? You never know... you could be ~tasting the future~.

More like this
The Best Wines For Literally Every Type Of Holiday Gathering
By Christina Amoroso
How Long Does Leftover Stuffing Last? Here's When To Toss It
By Chelsey Grasso and Alexis Morillo
Pepsi’s Festive Flavour Is Finally Coming To The UK
By Sophie McEvoy
Heinz Just Relaunched A Bean-Tastic '90s Fave
By Sam Ramsden
Get Even More From Bustle — Sign Up For The Newsletter