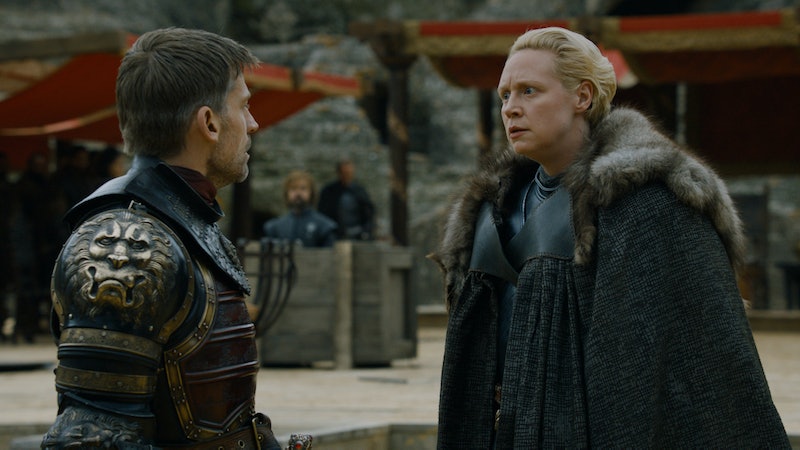 Whether you are a die-hard fan or haven’t seen an episode in your life there is no avoiding the fact that Game of Thrones has returned for the eighth and final series. While there are so many shows with loyal fan followings, GoT is a little bit special. There are whole areas of the internet dedicated to complex fan fiction and theories. Some of it is seriously wild. Read on for the seven Game of Thrones sexual fan fiction stories you really can't miss.

I'm a lover not a fighter, and while GoT has served more than its fair share of death scenes and misery, I am always here for speculation of romance and a sordid love affair. It turns out that there are more than a few GoT fans who feel the same.

As a show, GoT is hardly prudish, and fans have already borne witness to some pretty dysfunctional relationships. Thrown straight into the deep end, season one introduced Cersei and Jaime Lannister’s incestuous sex secret. Ramsay and Myranda Bolton were perfectly matched in their evilness but their relationship wasn’t exactly #couplegoals. Then, my least favourite pairing of all: Joeffrey Baratheon and Sansa Stark. A disaster from start to finish. I was not upset to see the end of that.

While I'm sure both George RR Martin and HBO put a lot of thought into pairing off characters, it hasn’t stopped fans from shipping their own couples and inventing some pretty saucy trysts. Check out the best below.