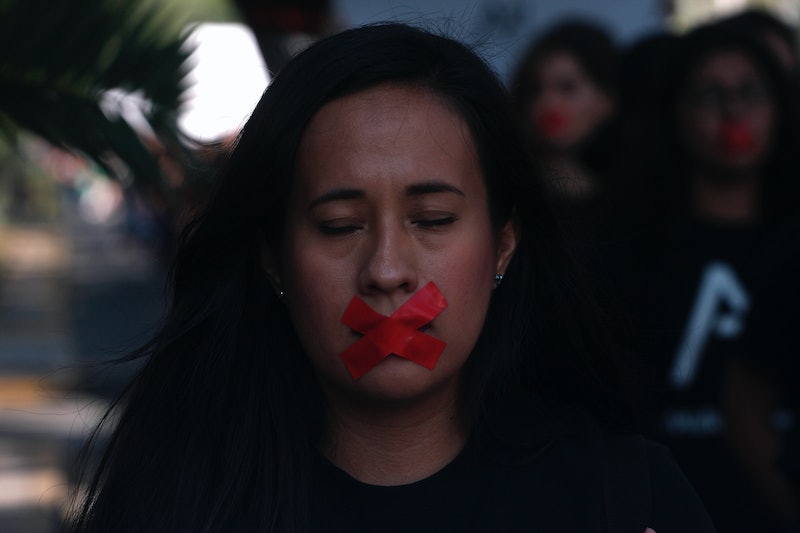 In 2018, the Walk Free Foundation's Global Slavery Index estimated that more than 400,000 people in the United States were living in modern slavery. In fact, the issue is so prevalent that in 2011, former President Barack Obama declared January as National Slavery and Human Trafficking Prevention Month stating, "We must address the consequences of human trafficking and work to tackle its root causes." Back then and today, there are several organizations fighting human trafficking to achieve just that.

"In the same way that it takes a village to raise a child, the necessity for cross-sector collaboration and communities coming together to end human trafficking is crucial, whether by building awareness, strengthening child protection systems, supporting victims of trafficking, or advocating for anti-trafficking policies," Anucha Browne, chief engagement, advocacy, and global programs officer at UNICEF USA, tells Bustle. UNICEF and other anti-trafficking organizations have done this by providing resources for victims, encouraging prevention education, and hosting community events to raise awareness around the issue.

Still, most instances of trafficking go unreported, making it extremely difficult to tackle. According to the National Human Trafficking Hotline, almost 11,000 cases were reported in the United States in 2018. While that number may seem high at first glance, it makes up just a fraction of the hundreds of thousands of estimated human trafficking cases in the country. But that doesn't mean you can't help fill in the gap. If you're looking for a way to join the fight against human trafficking, here are seven organizations you can look into: