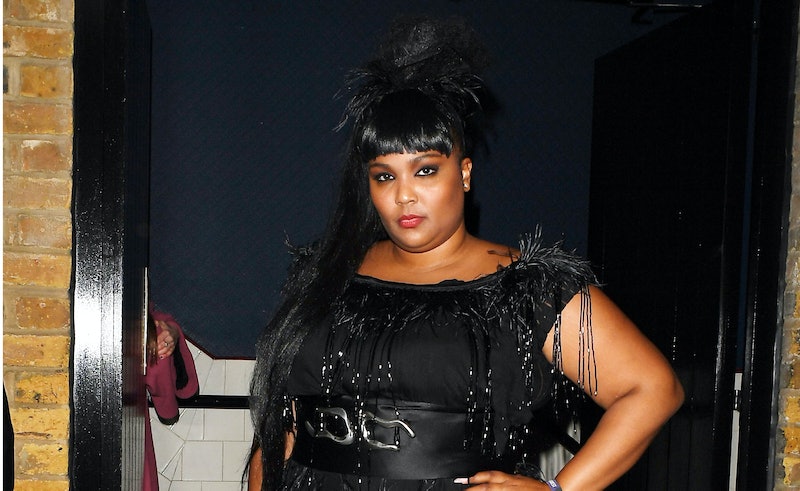 Jack Whitehall may have stolen the show as host last night, but American singer Lizzo absolutely owned the BRITs 2019 red carpet thanks to her contagious laugh and wicked sense of humour. With two catchy singles — "Juice" and "Cuz I Love You" — and her third album set to release in April, I'm still baffled that she didn't have a performance slot during the actual ceremony. Nevertheless, her presence was more than enough to keep me satisfied.

Thankfully the BRITs did give her some love during an intermission at the ceremony it seems, as the singer filmed herself bopping to her own tune "Juice" via her Insta story last night. It must be tricky doing awards shows as a celebrity sometime. Are they work? Are they fun? Lizzo definitely lead the way in doing it on your own terms and making any impression. She totally made the ceremony her own and looked like she was having an absolutely cracking time in the process. Today she's even appearing in the BBC Live Lounge, tweeting about her appearance and saying: "TUNE IN TO MY LIVE LOUNGE B*TCH IM HUNGOVER AND NEED YOUR SUPPORT." Same. Here's seven reasons why she absolutely took the BRITs by storm.