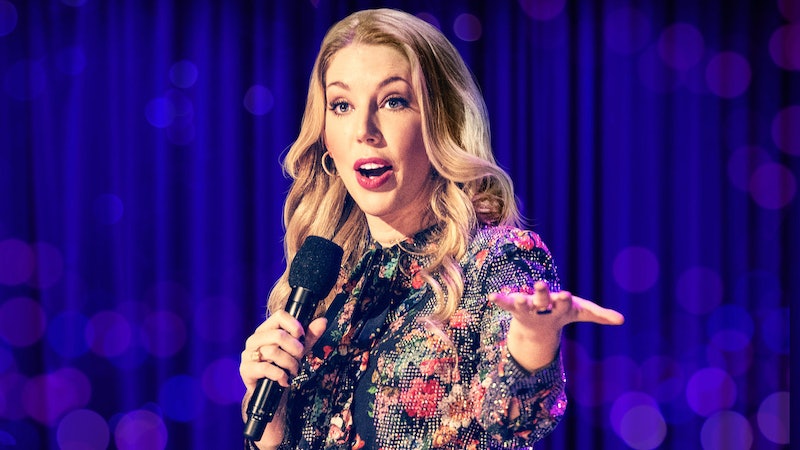 The comedic genius of Hannah Gadsby is returning to Netflix in the funny-woman's second stand-up comedy special, Douglas. The witty Australian will delve into the complexities of popularity and identity throughout the upcoming special — and if the comedian's previous streaming release offers any indication, subscribers are in for a real treat. Gadsby's first special on the platform, titled Nanette, is packed full of hilarious personal accounts surrounding gender, sexuality, and awkward childhood years. So, if you're in need of a good laugh during these turbulent times, here's what to watch on Netflix if you liked Hannah Gadsby's Nanette.

Some of the biggest names to emerge from the international comedy circuit, including Ricky Gervais, Katherine Ryan, Jimmy Carr, Ellen Degeneres, and many others, can be found on the streaming service — all of whom offer their own hilarious interpretations of subjects ranging from sexuality, to dating, show-business, humanity, and plenty more.

As the world continues to power through an increasingly challenging era, a hefty dose of comic relief is perhaps needed now more than ever before. Thankfully, Netflix's impressive library of stand-up comedy specials are on hand to provide exactly that — and I've hand-picked the very best out there for your viewing pleasure.