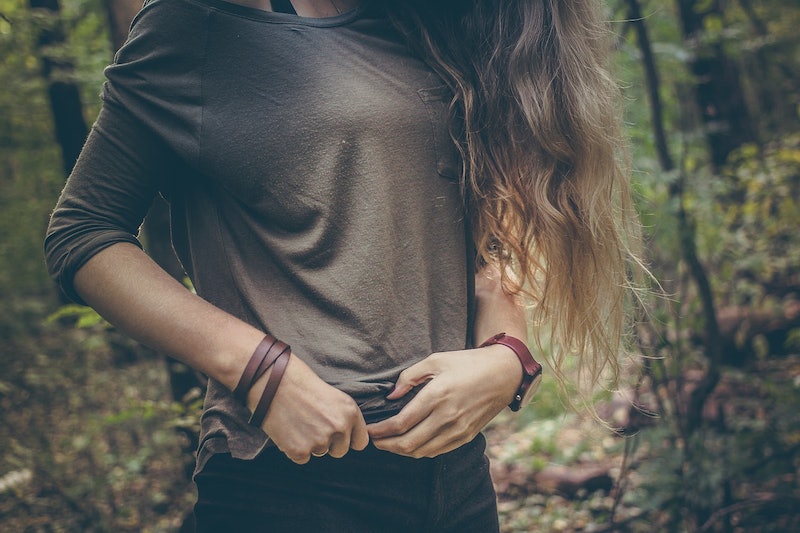 Getting a stomach ache after a large meal is pretty standard, but if you're feeling bad cramps, irritable bowels, and other funky digestive issues, it could be due to an autoimmune disorder requiring more attention. They're signs you have Crohn's disease that you can watch out for, as if you're suffering, you'll be able to meet with a doctor to figure out the next steps for maintenance and recovery. Luckily, a few diet and lifestyle tweaks can help get to the bottom of what's going on.

As a certified health coach, I work with clients on helping them find ways to improve their digestion, for better gut health and wellbeing. After all, the gut is connected to the rest of the body overall, so it makes sense that it needs to be in tip-top shape for the everything else to work in sync. If you're struggling with Crohn's disease, you might find it harder to eat, exercise, and socialize, if you're always worried about having an adverse reaction to the food you're eating or other triggers around you. If you think you have Crohn's, see a doctor to discuss how to get it under control. Here are seven signs you might have Crohn's disease that you should be wary of.

According to Kristen Johnson Brogan, Chief Nutritional Officer at On Target Living, over email with Bustle, getting diarrhea and other abnormal bowel movements is common in those suffering with Crohn's disease, as it's a type of autoimmune disorder that affects the digestive tract.

When you have Crohn's, you're less able to properly absorb your food and can become malnourished (which is a problem, long-term). So, weight loss can occur, explains Brogan. If you're dropping weight serious way without changing your diet, and going to the bathroom a lot, see a doctor.

Sure, you might feel tired after a busy week at the office, but if you're chronically tired during the day and night, it could be due to Crohn's disease, says Brogan. It can also be paired with anemia, Brogan says, which can include fatigue as a major symptom.

According to Elizabeth Ann Shaw, MS, RDN, CLT, over email with Bustle, it's common to experience blood in stools if you are suffering from an autoimmune disorder like Crohn's disease, which affects normal digestion. Bloody stools can be worrisome, so if it pops up, see a doctor to discuss.

Shaw cautions against a loss in appetite when having Crohn's disease, which can lead to not getting enough nutrition in the day. "This can make them feel tired and weak due to inadequate absorption of important nutrients. It's important to work with a multidisciplinary team to ensure the patient's needs on all accounts are properly addressed," Shaw says.

According to Erica Bryers, co-founder of Ora Organic over email with Bustle, if you have brittle hair and nails, it could mean you're not absorbing nutrients properly, and this can be a direct result of having Crohn's disease (or a digestive, autoimmune disorder in general).

According to Dr. Lisa Ashe, Medical Director of BeWell Medicine, over email with Bustle, you might feel more bloated than usual, if you're suffering from Crohn's disease or some other type of autoimmune, digestive condition. The bloating and swelling can especially be seen in the legs, due to nutritional deficiencies.

If you notice any of these symptoms, it could be an indicator of Crohn's disease. Getting a checkup can help diagnosis the condition, and put you on the path to feeling like yourself again.