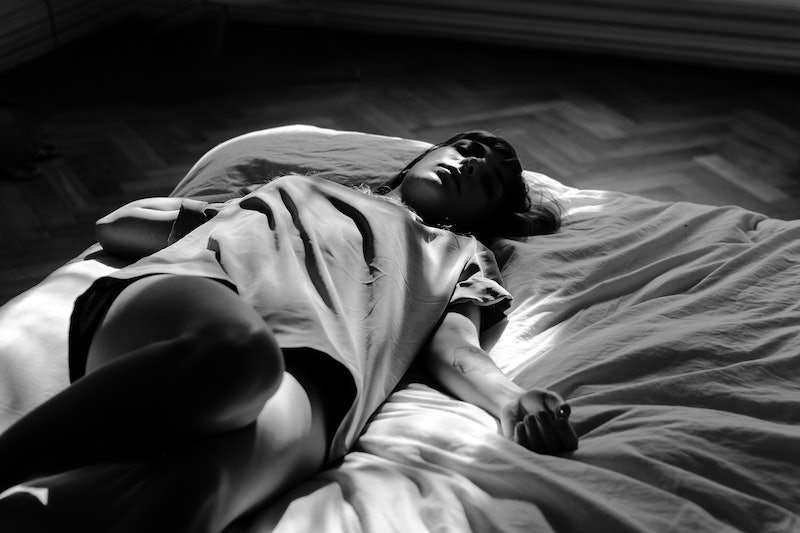 For the 75,000 people who live with Crohn's disease, any new research that might be able to explain what causes Crohn's disease to begin with is a huge deal. The better we can understand the cause of Crohn's, the closer we get to finding more effective treatment — or even a cure. That's why recent research on the possible causes of Crohn's has the potential to make huge changes for people who live with the chronic condition.

The new study, which appears in the journal mBio, suggests that fungi may play a role in the development of Crohn's. To gather their data, researchers compared fecal samples from 28 people with Crohn's and 20 people without Crohn's living in the same geographic area of France and Belgium — and they found that a specific type of fungi, called Canadian tropicalis, appeared much more frequently in the fecal test samples from study participants with Crohn's. What's more, this new research works along side previous research on the cause of Crohn's, which explored possible causes related to bacteria, immune system disorders, and genetics.

For those who aren't familiar with Crohn's, it's chronic condition that may be treated in a number of ways, but which currently has no cure. Many people develop Crohn's before the age of 30, but you can be diagnosed at any age. Your symptoms can also change over the years, making the disease unpredictable and challenging to live with. For people who live with Crohn's, generally the small intestine and the colon are the areas most affected by the illness.

While signs and symptoms vary from person to person, here are a few of the most common symptoms of Crohn's:

According to The Mayo Clinic, frequent diarrhea is a common symptom of Crohn's. For people with Crohn's, "trigger foods" can vary widely and can change even for the individual person. Diarrhea can be caused by someone's inability to process certain foods or liquids, as well as a result of the intense cramping many people with Crohn's experience.

According to the Crohn's & Colitis Foundation of America (CCFA), abdominal pain and cramping are also common signs of Crohn's. If you experience cramping and pain due to constipation, this can also be a sympom of Crohn's, as it suggests you may have a bowel obstruction.

According to CCFA, frequent fatigue and lack of energy are also common. This sometimes occurs due to the difficulty people experience absorbing nutrients while living with Crohn's.

Blood In Your Stool

According to The Mayo Clinic, if you suffer from Crohn's, you may see various shades of blood in your toilet bowel. For example, it is not uncommon to see bright red blood. It's also common to see blood mixed with your stool after a bowel movement. Either way, if there is blood in your stool, it's always important to get checked out by a medical professional ASAP.

According to Everyday Health, it's quite common for people who suffer from Crohn's to develop mouth sores similar to canker sores. Gum inflammation and cavities are also common, especially during a Crohn's flare up when symptoms are exasperated.

Remember: If you think you may suffer from Crohn's, or any similar issues with your bowels or stomach, please don't hesitate to see a medical professional Your health and happiness matter, and sometimes that means getting medical attention ASAP!