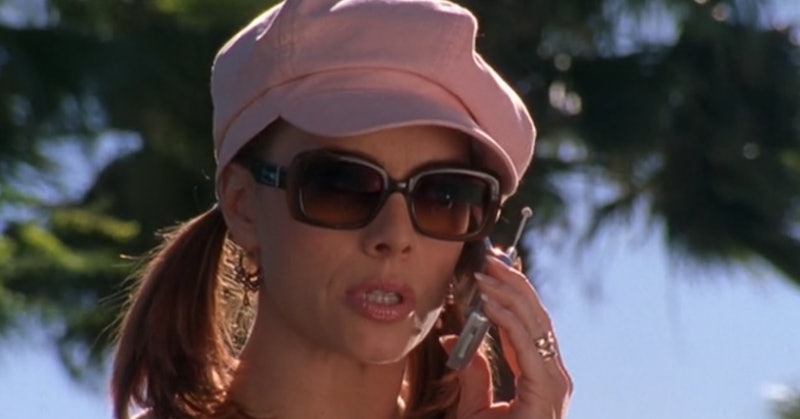 The reboot and revivals just won't stop coming. One of the latest announcements? A new Gossip Girl series that has been described as an "extension" of the original show is heading to HBO Max. It seems now like no show is safely left in the past, but if you ask me, one that should stay there is The O.C. If the show must return in some form, The O.C. could try out a spinoff instead of a reboot. There are plenty of directions a new O.C.-inspired series could go.

Now, listen, I don't say this because I don't think The O.C. is good enough to bring back. I say this because it's too good to bring back. Some things are great as they were and the risk of tainting them is too high. Just let the show rest in peace where we can all imagine that Summer and Seth are just fine and that the biggest problem they come across these days is Seth not picking up the slack at home while Summer is out campaigning for action on climate change.

This is to say, there should not be an O.C. spinoff that is directly about any of the main four characters. The picture we have of Seth, Summer, Marissa, and Ryan in our minds from the '00s is too precious. They've already made it through so much drama! Instead, a spinoff could be a prequel, or about a smaller character, or about a new group of people altogether. If the producers are looking for some ideas, here are a few to get them started:

On the other side of things, a new series could show us Kirsten (Kelly Rowan) as a teen. Unlike Julie, she grew up super rich, which means this show could have a similar "how the other half lives" intrigue as the original. Plus, we already know some other characters who could be featured: Kirsten's sister, Hailey; her dad, Caleb; her mom, Rose (who passed away before the time period shown on The O.C.), and Jimmy Cooper, since he and Kirsten knew each other growing up.

3. A Kirsten & Sandy In College Prequel

The Season 4 episode "The Case of the Franks" teased this idea, with a flashback of Kirsten and Sandy meeting in college. They frequently mentioned how they spent some time sleeping in the back of a mail truck — I, for one, never really knew what that meant — so maybe it's time we see it. That said, this concept is the most risky, since it involves prodding at the perfection that is Kirsten and Sandy Cohen.

This idea would be edging more towards a reboot type of situation than the others, but a new show could follow some new students at the Harbor School. As long as the premise isn't the exact same as The O.C., it could work. There still have to be some preppy and dramatic kids attending, right?

The O.C. ended in 2007, which would make Sandy and Kirsten's daughter, Sophie Rose, 12 years old now. (They grow up so fast!) This could be a series for tweens about a young girl growing up in Berkeley, California. Or, we could wait a few years and Sophie could have her own teen series. How do we get around the original cast not being there? Uh, send her to boarding school Kaitlin Cooper style?

Speaking of Berkeley, Sandy ends the series as a law professor at the university, so there could be a spinoff about his students. Sandy could pop up, but the focus would be on the students, living college life and implementing the wise lessons about life and law they got from their mentor, Prof. Cohen.

What's Anna doing now? Being the cool and quirky boss at a boutique graphic design company? Is that even a thing? Let's find out!

Hopefully these ideas are plenty enough to stave off the revival forces if they're coming for this one. We want to remember The O.C. as it was!