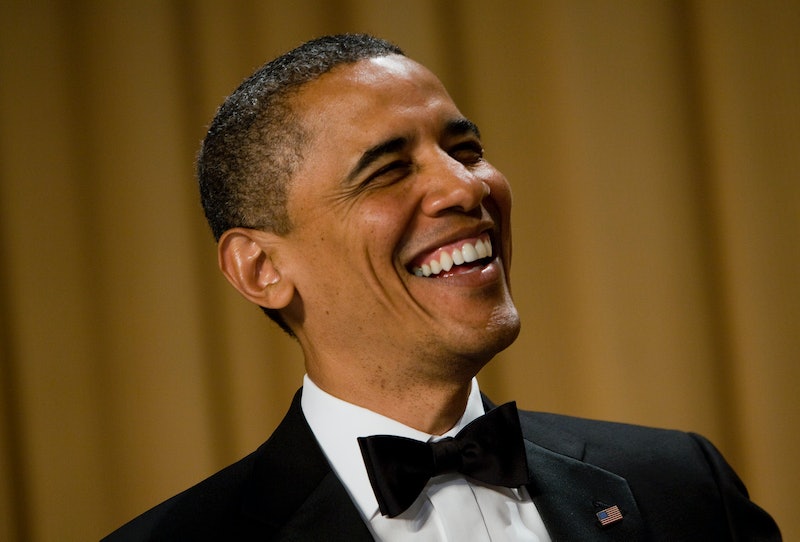 When it comes to honoring beloved leaders, there's nothing more common than naming buildings, objects, and sometimes even species after them. Whether it's George Washington University or John F. Kennedy International Airport, it's a phenomenon everyone is used to seeing. Even before President Barack Obama left office, there were many things named after him — but not all of them were exactly what you'd expect. Here are 7 categories of things named after Obama, from the totally normal to, well, the unusual.

For example, you might have expected for there to be schools and roads named after the nation's 44th president — and there are already many of both, according to USA Today.

"At the end of the line, 20 or 30 years from now, there will be hundreds of hospitals, schools, bridges and statutes [honoring Obama]," presidential historian Douglas Brinkley told USA Today. "He's going to be one of the four or five most celebrated figures in U.S. history."

There are a few of other things bearing Obama's name (or a version of it), however, that you're not likely to pass on your morning commute — like a gas station in Ireland, a rare South American bird, or an extinct lizard, as the BBC reported. Here are some of the things in the world that are named after Obama, from the typical to the unexpected.