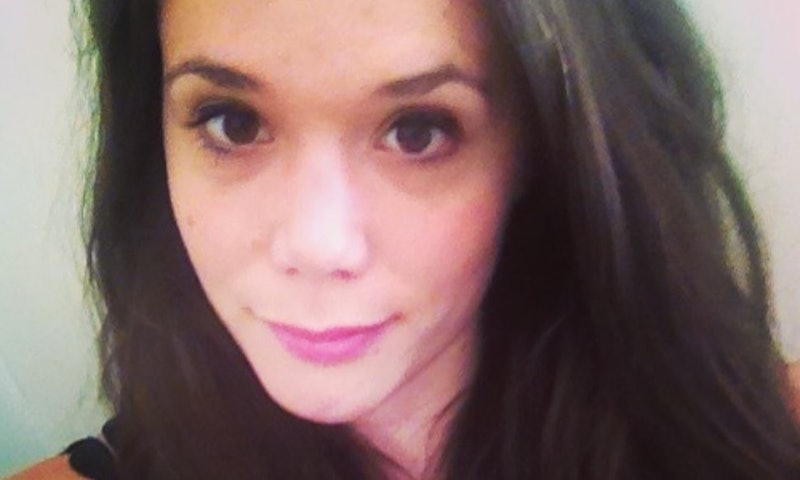 Another day, another study proving that people have some weird AF misconceptions about bisexuality. New research published in The Journal of Sex Research shows, like many other studies, that bisexual women are more likely to be thought of in a negative light than other women.

The study asked 261 heterosexual participants (154 men and 107 women) to provide descriptions of heterosexual women, lesbians, and bisexual women. They also were presented with descriptions of two characters on a date and asked to give an evaluation. And the results? Well, they won't come as a surprise to any bisexual women out there. Bisexual women were described as more confused and promiscuous than other women. They were also evaluated as more neurotic, more extroverted, and more open to experiences. Now, not all of those are bad things — but good or bad, they all have literally nothing to do with being bisexual. The study also found that these stereotypes are not learned by seeing bisexual behavior, but rather come through assumptions about bisexuality. In other words, they're just prejudices with no basis in reality.

As a bisexual woman, this all sounds all too familiar to me. Bisexual women are often thought of as either greedy or going through a phase — or, even worse, "faking it" to impress a guy. We run into these misconceptions all the time. But it's time to stop perpetuating these stereotypes and start talking about what it's actually like to be bisexual. Here are seven things you should know.

More like this
The Best Time To Date After A Breakup, According To Experts
By Bustle Editors
Virgo & Sagittarius Zodiac Compatibility, According To Astrologers
By Kristine Fellizar
How Do I Deal With Both ED & Premature Ejaculation?
By Sophia Benoit
Is It A Rebound Relationship Or The Real Thing?
By Carolyn Steber and Lexi Inks
Get Even More From Bustle — Sign Up For The Newsletter