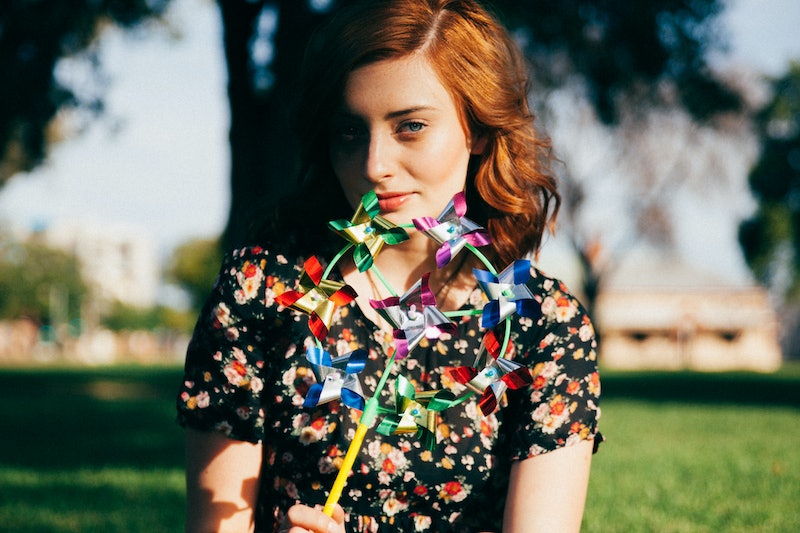 This week marks the second Annual National Bisexual Awareness Week. Great events are happening all around the country. September 23 is the 16th Bisexuality Day, and Bisexual Awareness Week (#biweek) works to accelerate the cultural acceptance of bisexual people. This makes me super happy. As awareness about bisexuality and research in the field increase, there is more understanding of bisexuality as an identity and, well, just that it is in fact a thing. I know that might sound obvious, but the amount of people still ignorant about or in denial of this is pretty shocking.

It's the most fundamental misconception about bisexuality — I mean, how do you get more basic than not really thinking it's a thing — but unfortunately, it's not the only one. I get that some people wonder "What is bisexuality exactly?" and want to educate themselves. It's fine to have questions. But there a lot of horrible conclusions people jump to when they find out you're bisexual. Some of them exists across the LGBT spectrum, whereas some are about bisexuality specifically. In any case, it's 2015 and we should undoubtedly be over all of this nonsense. It's time to get over the prejudice, and just put these myths to bed.

Here are seven misconceptions abut bisexuality (and why I am so completely over them).

This is really common. It's everyone's favorite go-to misconception — that being bisexual is something you try once or twice in college. I am totally game for sexual experimentation (how do you know unless you try?), but the idea that bisexuals are just going through a phase in nonsense. In fact, studies have demonstrated this. According to Psychology Today, one study by Lisa Diamond found that "very few women who had identified as bisexual in adolescence changed their identity to either straight or lesbian by the end of the study — only 8 percent of that group did so. Rather, bisexual women were consistently sexually fluid over time, maintaining attractions to both genders, to varying degrees, over the course of a decade." Yeah, a 92 percent retention rate doesn't sound like a phase to me.

People assume that you're just a straight person messing around for a bit. Or that you're just using bisexuality as a pit stop on the way to Gay Town — as if you're easing people into it ... so they're just waiting for you to announce that you're actually gay. I'm not saying that something like this has never happened, but it's a really horrible misconception because it suggests that bisexuality isn't a thing on its own. Which is ridiculous.

I'm super turned on by both men and women. I'm attracted to attractive people, whoever they are, and have trouble imaging that everyone else isn't too. But if you don't believe me, they've done arousal studies — with medical equipment and everything — to show that self-identified bisexuals are genuinely aroused by both men and women. I can't believe it had to be done, but there it is. Also, loads of animals are bi. It's just a thing that happens in this world; it's not a cover for anything.

There's a lot of old-school homophobia around gay people and STIs, and it extends to the bisexual sphere. I remember an elderly relative hearing me say that the guy I was seeing was bisexual and muttering under her breath "Well, that's a good way to get AIDS." Yup. It's a mixture of assuming that any queer people are more likely to have an STI, more reckless generally, and that ...

4. "You Want To Eff Everything That Moves"

For some people, this may be true. Just like it may be true for straight people, or anyone else. Sexual orientation has nothing to do with sex drive. Yes, I can't help but check out pretty much everyone around me all the time, but a lot of people who are bisexual or pansexual aren't any more sexually active or interested than the norm. They can have a really low sex drive. There's no correlation between the two, and bisexual people are certainly, certainly not any more predatory.

5. "You Have Constant Fidelity Issues"

People assume that bi people are the least faithful. And that's not just anecdotal or a "woe is me" statement; it's a fact. According to Psychology Today, studies have found that "people tend to perceive bisexual individuals as being more likely to cheat on partners than heterosexual, gay, or lesbian individuals." Gross. There's an assumption that if you're bi, you'll just crave whatever gender you're not with and start cheating all over the place. There are certainly difficult and confusing feelings to navigate — I've been with men who definitely had problems with it, and I remember my bi ex-boyfriend dating men as soon as we were on a break and having to take some time to process it. But it has nothing to do with fidelity issues.

There's this weird assumption that either you have to have slept with an equal amount of men and women or you're not really bi. I'd like to know what else people think we are, but that's not the point. The truth is that the split is different for everyone. I spoke to one of my bi guy friends, and he said it's about a 70/30 split — 70 percent of the time he goes for the opposite sex, while 30 percent of the time it's the same sex. Everyone is different. There's no right or wrong way to be bi.

More like this
Gen Z Are Twice As Likely To Identify As Queer, According To New Data
By Sam Ramsden
What The UK Blocking Scotland’s Gender Recognition Bill Means
By Sam Ramsden
12 Aphrodisiac Desserts To Spice Up Your Valentine’s Day
By Kaitlyn Wylde
TikTok's Voluntary Celibacy Trend Has Sparked A Movement
By Lexi Inks
Get Even More From Bustle — Sign Up For The Newsletter
From hair trends to relationship advice, our daily newsletter has everything you need to sound like a person who’s on TikTok, even if you aren’t.