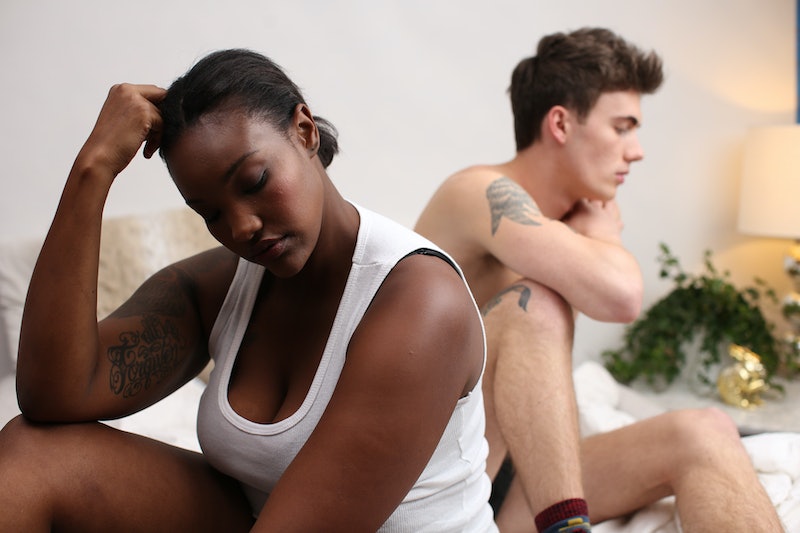 When you're dealing with different people and personalities, conflict is going to be inevitable. And if you find yourself in an argument with someone, the best thing to do is resolve it as quickly as possible. But that's often easier said than done. So what's the best way to de-escalate an argument before things get heated? According to experts, it's all in the words you say.

There are many common mistakes people tend to make when they're in the middle of an argument. As Licensed Professional Counselor, Julie Williamson, tells Bustle, failing to actually listen to the other person is one of the biggest ones. "When you're preparing your defense or next argument, you most likely miss what the other person is saying entirely," she says. "This can keep the argument going indefinitely without ever really resolving the conflict."

Just remember, arguments involve at least two people and it takes effort from both parties to resolve it. When you're saying a bunch of things that rub the other person the wrong way without you realizing, it's going to get harder and harder to work out a resolution when someone's feelings get hurt.

In short, the words you say really matter. So here are words you should never use if you really want to de-escalate an argument, according to experts.