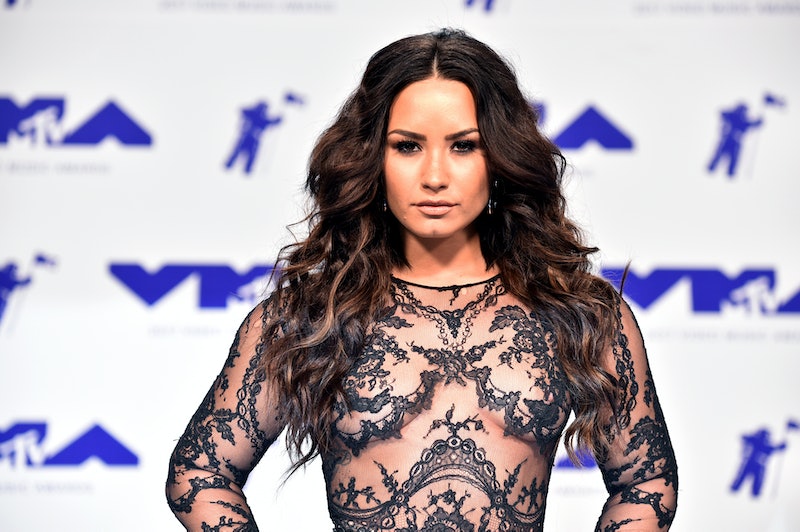 One in five adults in the U.S. has a mental illness, so it may be surprising that people tend not to discuss them openly. Medically speaking, having a mental illness is not unlike a physical illness, but stigmas and shaming prevent folks from speaking out. That’s why moments in pop culture that help us understand mental health are so important. From TV shows and books that accurately and sensitively portray mental illnesses to celebs leading anti-shame discourse about their own mental health, pop culture often starts conversations that can have life-saving effects.

While it’s no secret that various media industries struggle to accurately portray mental illness without demonizing or romanticizing it, increased awareness about the impact of mental illness, not to mention backlash against harmful portrayals, has led to better representation. And even when faulty portrayals pop up, vocal criticism of them is as important as validation of good portrayals.

In the end, it’s conversation that matters. UK-based Time to Talk Day, which takes place each year on the first Thursday in February, attributes increased issues surrounding mental illness to the fact that people often feel like they can’t talk about mental illness — their own, and other people’s. So when pop culture gives us an opportunity to discuss mental health, it’s vital that we take it.

Netflix's 13 Reasons Why, adapted from the YA novel of the same name by Jay Asher, sparked controversy almost immediately when it debuted March 31, 2017. The show follows high schooler Clay as he listens to tapes recorded by his classmate Hannah Baker, who committed suicide.

Objections to the show mainly centered on its finale, in which Hannah's suicide was depicted. Showrunners argued that filming her suicide in the baldest light possible was about accuracy and not romanticizing mental illness, and they included trigger warnings at the beginning of the episode. However, according to Reporting on Suicide, "when the story explicitly describes the suicide method, uses dramatic/graphic headlines or images, and repeated/extensive coverage sensationalizes or glamorizes a death," it can put viewers with mental illnesses at greater risk for suicide.

Whether the showrunners' decision to portray the details of Hannah's suicide was a good or bad one, 13 Reasons Why and the debate surrounding that scene ignited a conversation about sensitivity to mental illness and the importance of trigger warnings in media.

Demi Lovato began talking about her mental illnesses years ago, divulging pretty openly that she struggled not only with drug addiction and alcohol abuse, but also anorexia and bulimia, as well as suicidal ideation. In 2011, at age 19, she was diagnosed with bipolar disorder, and since then, she's been using her voice and presence (often at the top of the music charts) to boost awareness about mental health.

At a 2015 speech Lovato made as part of Be Vocal: Speak Up for Mental Health, "her star status [was] hard to ignore," said Elle, which credited her with filling the room for her time slot. And she's continued to be outspoken to her enormous fanbase, having recently executive produced the documentary Beyond Silence, which follows people with bipolar disorder, schizophrenia, depression, and anxiety.

Lovato's outspokenness is especially important when you consider that her fanbase, like most pop stars, has plenty of teen girls in its ranks. With her frankly addressing and focusing on decoupling shame from mental illnesses that often manifest in teen years, like eating disorders, depression, anxiety, and bipolar disorder, she's someone for those struggling to look up to.

3. They Both Die at the End

Set in a world where you receive a phone call on the day you're due to die, Adam Silvera's bestselling They Both Die at the End is about two New York City teens, Mateo Torrez and Rufus Emeterio, who meet through the Last Friend app and agree to spend their final day together. While the premise alone is intriguing, the novel's appeal really hinges on how completely rounded and human Mateo and Rufus are, and on how they each react to their Death-Cast notifications.

The perfectly depicted, debilitating anxiety Mateo suffers after receiving his Death-Cast call, as well as his constant struggle with self-loathing over how his anxiety has kept him in his apartment instead of out living a more socially engaged life, is written in a way that allows him to face his fears and push himself beyond his anxiety without shaming readers who haven't conquered their own.

When Jessica Jones went live on Netflix in 2015, folks quickly realized that, like its titular heroine, the show pulled no punches. The first season's premise hinges on Jessica, a superpowered private detective, confronting Kilgrave, whose own powers give him total control over anyone who hears his voice. Having previously been under his thrall, Jessica is repeatedly triggered. She has panic attacks and flashbacks, is often acerbic and emotionally closed off, and clearly struggles to maintain her own safe spaces while relentlessly tracking Kilgrave, aware that he does and will keep doing to others what he did to her.

But while Jessica Jones execs made the (incredibly smart and empathetic) decision not to show Kilgrave's sexual abuse of Jessica onscreen, they chose to show something else many survivors of emotional, physical, and sexual abuse often face: The fact that it can be so damn hard to leave.

In one episode, while they're standing on a balcony together, Kilgrave allows Jessica a short reprieve from his control — and she doesn't escape. Recalling the moment, and his insistence that she stayed with him because she genuinely wanted to, she explains, "I wasn’t fast enough. Getting you out of my head was like prying fungus from a window. I couldn’t think."

Her struggle is treated sensitively and empathetically, and it's a superhero-sized punch in the face to everyone who sneers at people who've been abused and asks, "Well, why didn't you just leave?"

Despite the fact that about 13 percent of people who give birth develop postpartum depression, it's a mental illness that gets little airtime. Thankfully awareness is spreading, in part due to celebs who open up about the often difficult thoughts and urges many parents with postpartum depression face.

Chrissy Teigen gave birth to her first baby, Luna, in 2016, and almost exactly a year later, in March 2017, penned a raw, compassionate essay for Glamour about her experience with PPD. She had a "wonderful, energetic pregnancy," she said, but after Luna's birth in April, it took her until a visit with her regular doctor in December to find out her symptoms — feelings of detachment, chronic pain, lack of appetite and energy, and mood swings, per her essay — indicated classic postpartum depression.

For parents who have postpartum, not feeling like their child is the physical manifestation of all the joy in the world and not being happy following their birth can seem like a personal failing, but anyone in any circumstances can suffer from postpartum depression post-birth. Teigen says it best: "Postpartum does not discriminate."

Teigen's part in spreading awareness is totally vital. She took nearly eight months to be diagnosed, but her essay has the potential to help others in similar situations recognize their collection of symptoms as postpartum, and recognize that having postpartum is not their fault.

When To the Bone's first trailer dropped in June 2017, controversy erupted immediately, with some folks thinking the tone and content of the trailer indicated the film would present a romanticized version of anorexia. "Netflix's [To the Bone] is just a massive trigger to anyone with mental health problems or any form of eating disorder, it is not helpful," said Twitter user @mxrganmc.

"Having struggled with anorexia and bulimia well into my 20s, I know firsthand the struggle, isolation and shame a person feels when they are in the grips of this illness," Noxon said in a tweeted statement. "My goal with the film was not to glamorize [eating disorders], but to serve as a conversation starter about an issue that is too often clouded by secrecy and misconceptions. I hope that by casting a little light into the darkness of this disease we can achieve greater understanding and guide people to help if they need it."

After Linkin Park frontman Chester Bennington's close friend and fellow musician Chris Cornell died by suicide on May 18, 2017, Bennington posted a letter to him on Instagram, saying, "I can't imagine a world without you in it." Plenty of folks felt the same way about Bennington, and the shockwave from his own death by suicide on July 20, 2017 — Cornell's birthday— has yet to settle.

In the wake of his death, Bennington's wife Talinda has spoken out about his depression, openly acknowledging her late husband’s struggles with suicidal ideation. One of Bennington’s six children, Draven, issued a statement as well, commenting, “I want to make a commitment that I will talk to someone before I hurt myself when I'm feeling depressed, sad or going through a hard week, month or year," he said in a YouTube video. He urged viewers to do the same and to seek help before self-harming.

Talinda also posted a video of Bennington hanging out with his family, seemingly cheerful, and commented, “[D]epression doesn’t have a face or a mood. […] This is what depression looked like to us just 36 hrs b4 his death.”

There are tons of harmful stereotypes about depression that can keep people from seeking help, and can keep others around them from realizing they’re struggling. Talinda being open about Bennington’s mental health and the effect it had on him is not a gesture of solidarity — it’s quite possibly life-saving.

These stories and these people are part of a growing culture of increased openness about mental health and the effect mental illnesses can have on all ofus. With more positive representations of people with mental illnesses in books, films, and TV shows, and more people — celebs and non-celebs alike — speaking up, it’s more apparent than ever that no one is truly alone in their fight.

More like this
19 Latinx Therapists & Mental Health Experts To Follow On Instagram
By Kaitlyn Wylde, Naydeline Mejia and Lexi Inks
This Psychological Effect Might Be Keeping You From Hitting Your Goals
By Lexi Inks
The 19 Best Tweets & Memes About Bisexual Awareness Week
By Lexi Inks
The 8 Best Crystals For Confidence, According To Experts
By Megan Gray
Get Even More From Bustle — Sign Up For The Newsletter