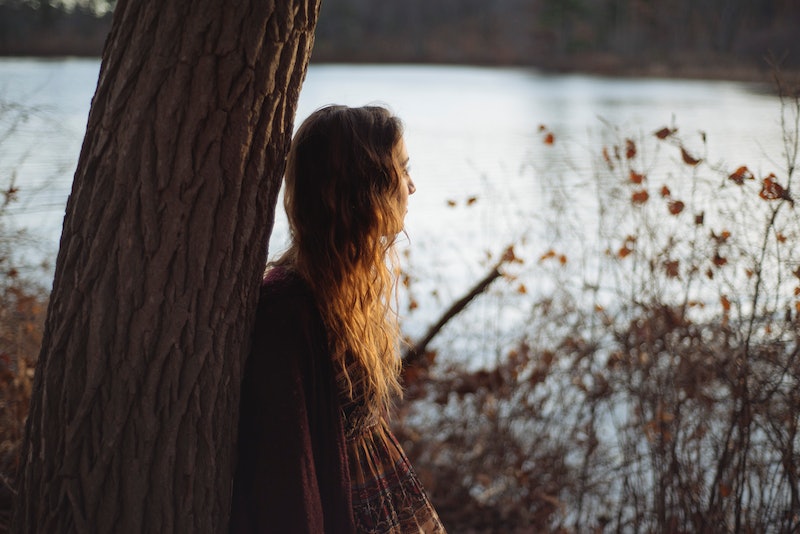 In music and literature, loneliness often takes center stage. From Emma Donoghue's Room to Charlotte Bronte's depiction of Jane Eyre in her eponymous novel, from Akon's smash hit "Lonely" and almost every song by The Smiths, loneliness is consistently depicted in popular culture. But some of the unexpected ways loneliness affects your health? Unsurprisingly (given that they're unexpected), they're less well-known — but we also owe it to ourselves to learn about them.

A 2015 study led by University of Chicago psychologist John Cacioppo suggested that the reason humans are pricked by feelings of loneliness even today is rooted in evolutionary biology. It all goes back to when we used to need protection from harmful predators, because of course, being in a social group provided this protection. As The Huffington Post reported, "Like hunger and pain, loneliness may be part of a biological 'warning system' to enhance our chances of survival and reproduction." The research suggested that loneliness encourages humans and animals to establish connections with others nearby who might be able to protect provide key survival benefits. “One of the benefits of sociality is mutual protection and assistance, and being isolated or on the social perimeter can represent a dangerous circumstance,” the researchers concluded.

But what's so wrong with existing in isolation anyway? You might think that if you have access to food, water, and sleep, then reduced social interactions may not have that profound an effect on your wellbeing. Additionally it's worth noting that being lonely and being alone aren't the same thing: As many introverts can attest, having a lot of alone time doesn't necessarily mean you're lonely; it's also possible to feel lonely even when you're not alone. But it turns out that there are several unexpected ways loneliness can actually wreak havoc on your mental and physical health: