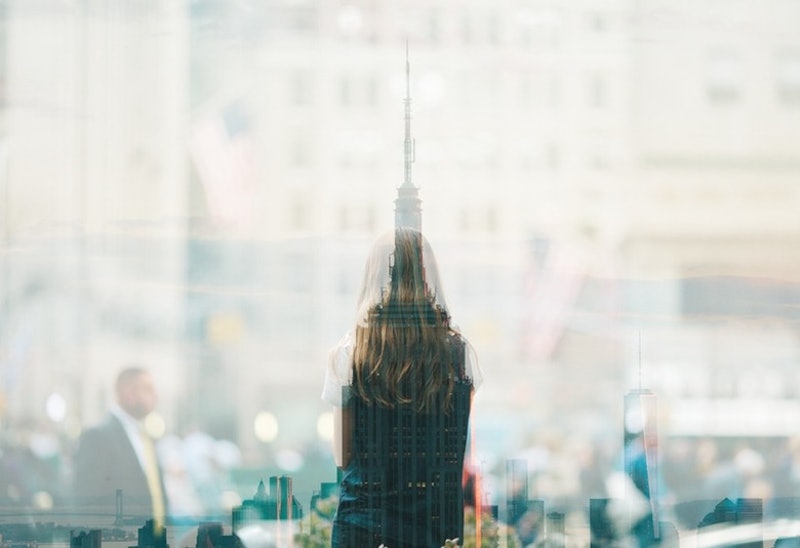 Even the most devoted of introverts, capable of going a week without conducting a conversation with anybody except the grocery store clerk, will be struck by feelings of loneliness in occasion. This is unsurprising: like most mammals, we're a very social species, going from complete dependency on others as babies, to adulthood in a range of different social groups. But it turns out loneliness is actually a pretty toxic feeling — and one we need to tackle. I'm not talking about the faint feeling of "oh, I should call somebody" after a few days of low social ebb. The loneliness we're talking about is the serious, extended sense of disconnection from other people, an isolation that it seems is pretty amazingly unhealthy.

It may seem completely bizarre that a feeling could cause such bodily havoc, but the body and the mind are far more connected than we've been led to think. The body's trained to respond to stress of all kinds, including mental difficulty — and loneliness, science has determined, definitely fits into the category of a stressful event with real implications for overall health.

Even the most famous back-to-nature hermit in American history, Henry Thoreau, walked into Concord every so often to talk to people and read the news. If you're feeling socially isolated and worried for your health (and these health risks are linked to the feeling of loneliness, not just living alone or being introverted), psychologists advise that the best way to deal with it isn't to rapidly accumulate more friends — but to try and deepen connections with ones you've already got. So be prepared to swap arguments about Vampire Diaries for emotional openness. Be brave.

One of the biggest problems for lonely people is their body's overall stress level — which, a study from the University of Chicago suggests, is far higher than in people with better social connections. The chemical at fault is cortisol, the hormone that regulates stress, which fluctuates in our bodies throughout the day in response to events and what we're doing. Lonely people have higher levels of cortisol in their bodies, particularly in the morning — which indicates that they're more stressed overall.

Lonely people have also reported to scientists that they perceive ordinary activities as far more stressful than socially supported people do. The reason? Humans actually handle stress socially — sharing stress between friends or family members lowers the strain, which may be why married men live longer. Without that support network, we feel stress much more strongly. Maybe stress might not seem so bad, but it's actually pretty bad for our bodies, as we'll discover...

High cortisol levels in the body are not great news. There's a reason why people with high stress levels tend to be less healthy: jumps in cortisol levels kick your immune system straight where it hurts. The theory behind this is fairly complicated, but essentially, the immune system goes into "shock" when flooded with cortisol, leaving the body much more vulnerable to nasties. The result? Lonely people are more likely to be ill and find it more difficult to recover from illness.

This is another problem directly related to stress and its affect on the immune system. High levels of cortisol and their immunosuppressant qualities (what a sexy word that is) can also lead to something particularly lovely called chronic inflammation. The University of Ohio tracked signs of inflammation — traditionally the body's short-term healing response to an injury — in various patients recovering from illness and placed in stressful situations, and found that socially isolated people had far higher levels. The problem? Chronic inflammation is not fun longterm: it can be a root cause of diseases like cancer and diabetes.

The loneliness study that made the biggest impact in recent memory was one that linked it to the equivalent of smoking 15 cigarettes a day. The study, conducted back in 2010, looked at 148 different studies of mortality in humans, and examined whether fewer social relationships were a good indicator of early mortality. Bad news: there was a match. Being lonely for an extended period of time, it seems, is as seriously bad for your health as a cigarette habit, obesity, or other clinical health conditions — it makes you 14 percent more likely than a healthy person to die young.

5. Loneliness May Actually Affect Your Genes

This is the cutting edge of the science of loneliness: a pioneering psychologist, the University of Chicago's John Cacioppo, has found evidence that prolonged loneliness actually changes the expression of our genes. Again, it's linked back to stress and cortisol. In the lonely, the particular genes linked to inflammation spiked in activity, while the ones that fight off germs were unusually quiet. Cacioppo has said that the serious consequences of being lonely might be our body's warning, developed by thousands of years of evolution, that we're becoming too socially isolated to mate and pass on our genes. Loneliness may be harming us at the simplest expression of human existence.

As if the domino affect of higher stress levels on the body wasn't enough, longterm loneliness has also been linked to higher blood pressure, a risk factor for heart disease. A 2010 study followed the blood pressure of elderly people for a five-year period after an initial study, and also tracked their levels of social happiness and connection. The lonelier they felt, the more likely they were to have above-average blood pressure.

7. Loneliness Increases Your Risk Of Dementia

A lot of work on loneliness focuses on the elderly, and with good reason: with less mobility, smaller social networks, and a family who's often somewhere else, they're a demographic that's particularly vulnerable to feelings of loneliness. But a Dutch study from 2012 made a particularly nasty discovery: an elderly person who feels lonely may be 64 percent more likely to develop dementia than one who doesn't. It's not completely accepted — some experts said that loneliness might actually be a sign of dementia appearing, rather than a cause — but it's still not a nice link either way.