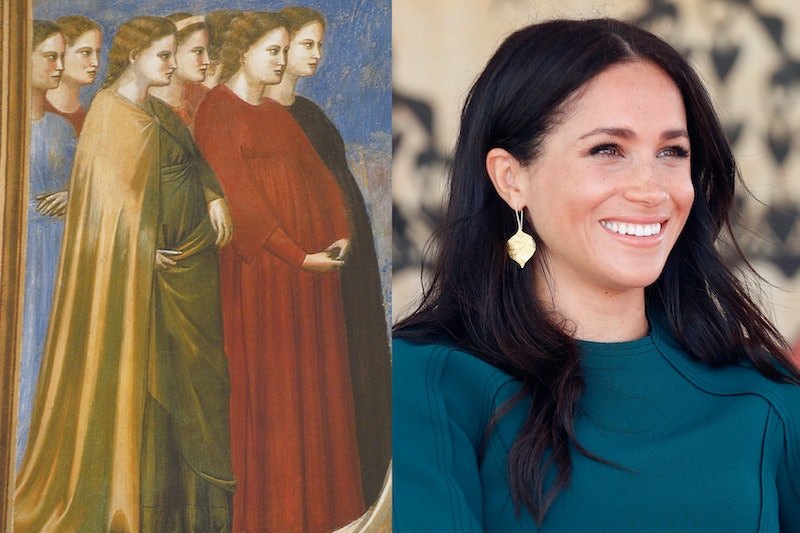 In case you missed it, royals Prince Harry and Meghan Markle are having a baby, and the world is consequently undergoing baby fever — because when everything's a dumpster fire, a cute royal baby is an excellent distraction. But while Markle, like sister-in-law Kate Middleton before her, will experience pregnancy in relative convenience, royal traditions around pregnancy in history ran the gamut from weird and wonderful to just plain creepy. Fortunately, Markle will not have to give birth in front of 200 witnesses to prove that her baby is legitimate, or hide from the world for two weeks in a single room before the baby actually arrives, as royals in the past had.

Royal pregnancies and births aren't like average, everyday ones. (Did your birth herald an announcement outside Buckingham Palace? Probably not.) But female royals throughout history have been subject to intense scrutiny, serious gossip, disgusting medicine, and the pressures of entire countries as they tried to gestate heirs in peace. And because of that pressure, tradition has influenced royal pregnancies in unexpected ways. It's only relatively recently that royals in England were born outside palaces; Prince William was the first royal to be born in a hospital in all of English history. So as the latest royal pregnancy takes hold of the public imagination, let's look at all the ways it differs from the past.