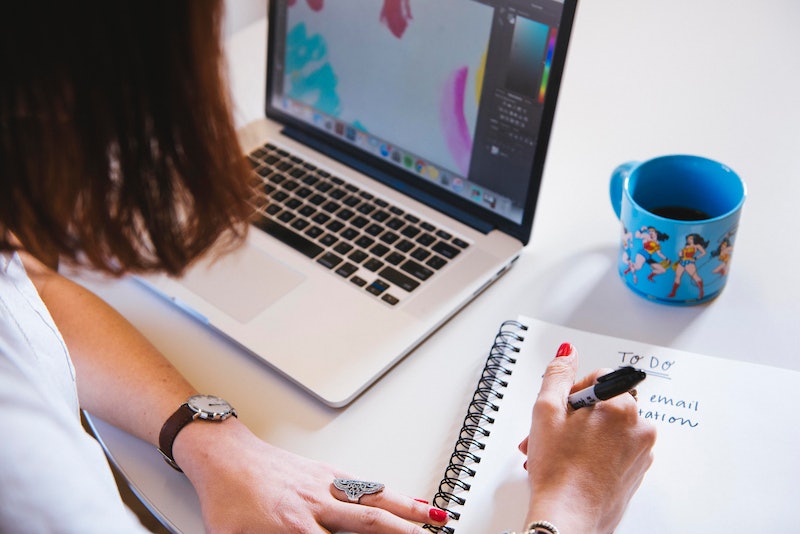 Mercury retrograde is coming for your summer from Jul. 7 — Jul. 31, 2019, and while it's bound to throw a wrench into some areas of your life, others may actually have a slight advantage. In fact, there are a few zodiac signs with the best chance of finding a job this Mercury retrograde — and the reasons why may surprise you.

"Through my experience as an astrologer, I often find that a person is more easily able to ‘talk their way into a job’ during a Mercury retrograde," astrologer Linda Furiate explains to Bustle. "A person may do great on the job interview and even marvel at how their words and thoughts allowed them to more effectively communicate their skills and desires. Often a person is more easily able to ‘sell themselves’ during a Mercury retrograde which may often turn into a job offer."

But, this sudden surge of skillful self-promotion isn't without its drawbacks. Some signs may be particularly susceptible to overselling themselves, leaving them in a lurch when the job turns out not to be a good fit. (This is that whole don't-start-new-things-during-Mercury-retrograde thing coming to rear its ugly head.) "Because of this overselling, it is not uncommon for the person to realize shortly after starting this new position that it is not right for them," she goes on to say. "The job may usually last only about 90 days or until the next Mercury retrograde."

Furiate typically advises her clients to hold off on interviews and applications until Mercury stations direct again if they're hoping for a job to stick. But here are the signs most likely to land a new job during Mercury retrograde this summer.