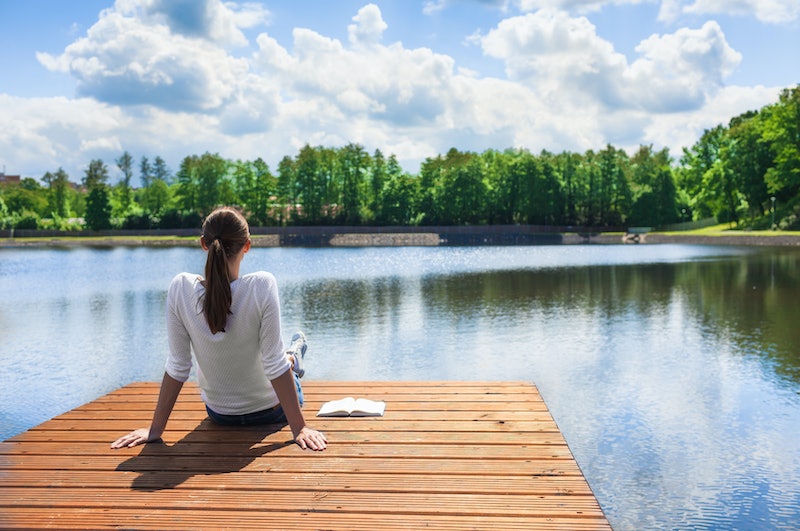 Cancer season officially kicks off on June 21, which also happens to be the summer solstice, which makes it an extra powerful season opener. And while this is certainly a big month for Cancers, all signs in the zodiac will undergo an increase in sensitivity, too. According to astrologist Lisa Stardust while speaking with Bustle, there are some Cancer season 2018 astrology predictions all signs should look out for. When a sign as strong as Cancer is the chairman of the month, it's important to think about the ways in which it might challenge your own sign's behavior in the coming weeks.

The moon is Cancer's ruler, and it changes its sign every two and a half days, so the Cancer is essentially forced to change their mind every two and a half days. That said, Cancer sun signs will be feeling sentimental and nostalgic during the sun's return which will leave a lot of room for conflicting attitudes. But Cancers are used to the rise and fall of frequent and opposite emotions — other signs who are less flexible with their feelings will definitely notice a change.

With so much going on in the sky this month, there's a lot that can happen down here on earth between June 21 and July 22. So here, with Stardust's help, I've broken down the different things all signs should expect to experience over the course of the month. Just remember that a Cancer never feels a too much of a strong emotion for more than a few days, so if you're feeling overwhelmed, just remind yourself that it will pass. Sunny, carefree days are always on the horizon.