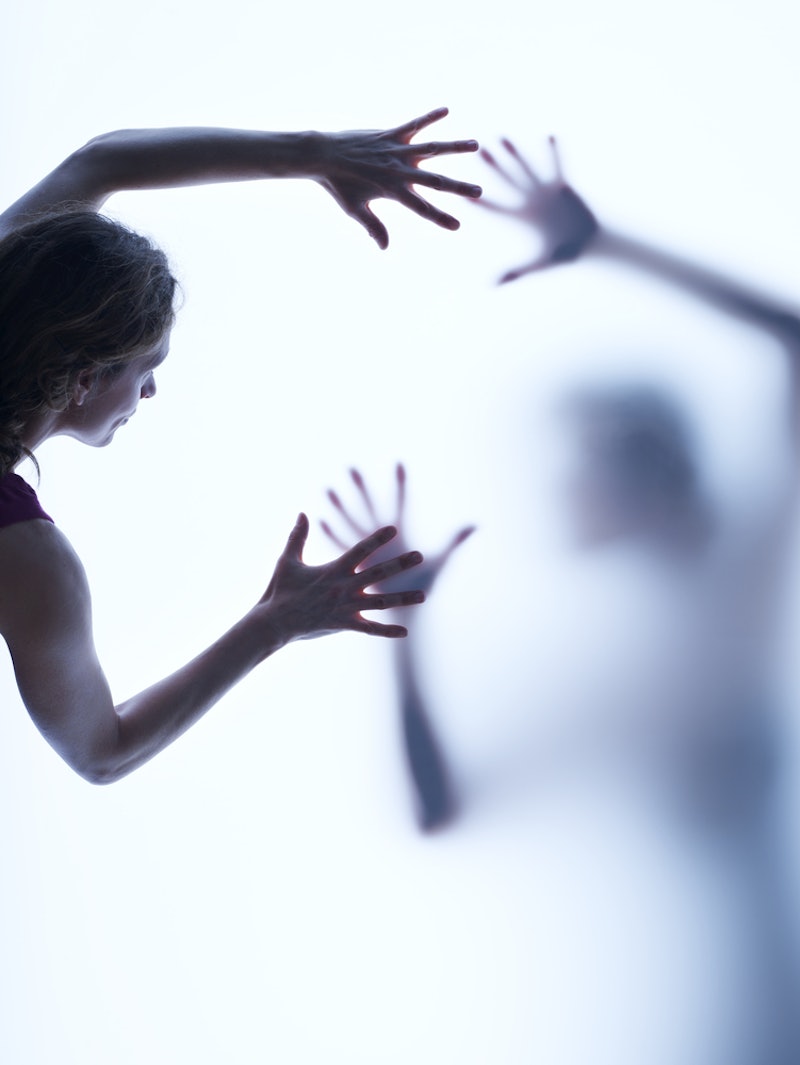 You've almost definitely heard of the term "doppelgänger." Today, it's often used in a very casual way, to mean someone who looks like someone else. Maybe you've heard someone say something like, "I saw your doppelgänger today. They looked just like you, it was almost creepy!" While this definition is correct, the term has a long other story behind it that gives a whole new meaning to the word "creepy." There are lots of spooky doppelgänger myths out there that are going to make you hope you never meet anyone who looks like you.

Doppelgänger is a German word that means "double-walker." According to ancient legend, a doppelgänger isn't just someone who resembles you, or a twin with their own identity — it is a literal duplicate of you. Many mystics believe that doppelgängers are supernatural creatures, and their appearance in someone's life is almost never a good thing.

Even creepier? There are real accounts of people seeing their doppelgängers, and things almost never end well for them. There are countless ancient myths and legends, and even more modern accounts. One popular story is when Abraham Lincoln saw his look-alike in 1860. He supposedly saw his reflection doubled in the mirror, with one face beside the other. He saw this three times, and his wife, Mary Todd, was worried that the vision meant he would serve two terms, but would die before the end of the second. It's like a real-life ghost story!

This isn't the only ghostly example of a doppelgänger myth seemingly come true. Below are a few of the most horrifying things people believe and/or have believed about doppelgängers:

More like this
26 Ghost Story Podcasts To Get You Ready For Halloween
By Jessica Booth, Mia Mercado, JR Thorpe and Emma Carey
14 Scary Campfire Stories To Tell Your Friends
By Charlotte Ahlin and Kaitlyn Wylde
15 Halloween Costumes Inspired By TikTok Trends
By Emma Carey
15 Easy Pranks To Play This Halloween
By Emily Kelley and Lauren Grant
Get Even More From Bustle — Sign Up For The Newsletter