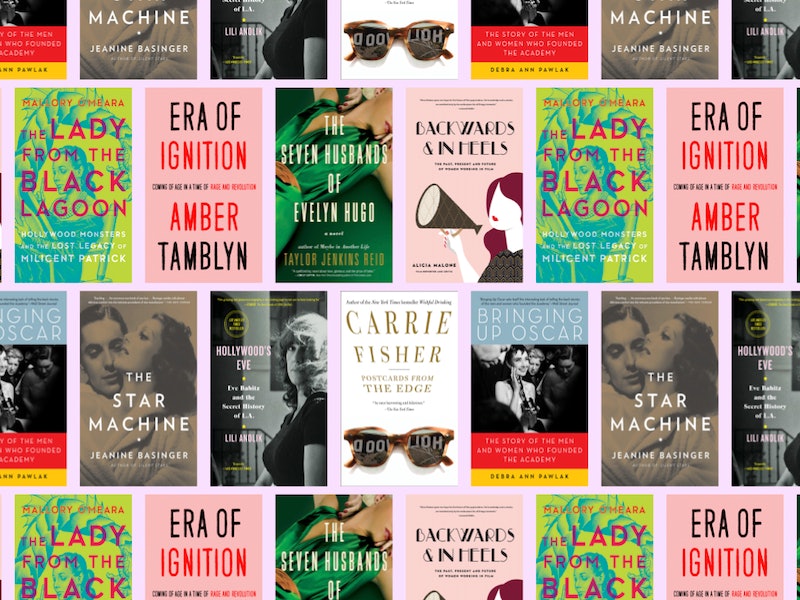 The 2019 Academy Awards nominations are out, and boy howdy, they're a doozy. Last year, Greta Gerwig directed a new adaptation of Louisa May Alcott's Little Women, which was a Best Picture nominee, but Gerwig herself did not receive a Best Director nod. Nor did the Academy recognize Lulu Wang for The Farewell, Julia Hart for Fast Color, or Nia DaCosta for Little Woods. The Academy's snubbing of women directors echoed the 2020 Golden Globe nominations, which included no women in the Best Director, Best Screenplay, and Best Motion Picture categories.

In the 92-year history of the Academy Awards, only five women — Linda Wertmüller (Seven Beauties, 1976), Jane Campion (The Piano, 1993), Sofia Coppola (Lost in Translation, 2003), Kathryn Bigelow (winner, The Hurt Locker, 2009), and Gerwig (Lady Bird, 2017) — have ever been nominated for Best Director. If you're keeping track, that makes Gerwig the only woman nominated for the Best Director Oscar in the last 10 years, and Bigelow the only woman ever to win the award. 11 years ago. For a movie with only one named female character. Who gets less than five minutes of screen time in the two-hour film.

If you're having trouble processing this year's Oscars snubs like the rest of us, check out these eight books about Hollywood in the last 100 years:

Bringing Up Oscar: The Story of the Men and Women Who Founded the Academy by Debra Ann Pawlak

In 1927, with the U.S. unknowingly on the cusp of the Great Depression, 36 filmmakers, each of whom seemed to have stumbled into their careers, founded the Academy of Motion Picture Arts and Sciences. Their number included three women — actress-producer-writer Mary Pickford, actress-writer-director Jeanie Macpherson, and writer-actress Bess Meredyth. Read all about the 36 founding members of the Academy in Debra Ann Pawlak's Bringing Up Oscar.

Hollywood's Eve: Eve Babitz and the Secret History of L.A. by Lili Anolik

Born and raised in Hollywood, Eve Babitz became an L.A. It girl in 1963, when an art exhibit featured a photograph of her playing chess, naked, against a fully clothed Marcel Duchamp. After a decade of rubbing elbows with rock stars and screen gods, Babitz became a successful writer, but one whose work has been sadly overlooked in the intervening years. Lili Anolik resurrects Babitz's legacy in Hollywood's Eve.

The Seven Husbands of Evelyn Hugo by Taylor Jenkins Reid

The hit 2017 novel from Daisy Jones and the Six author Taylor Jenkins Reid, The Seven Husbands of Evelyn Hugo centers on the eponymous former movie star, now in her 70s, and Monique, the 35-year-old journalist she has chosen to write her biography. As Evelyn regales Monique with tales of her four decades spent in Hollywood, the writer begins to realize why the aging actress has chosen her, a relative unknown, to work on the project.

The Lady from the Black Lagoon: Hollywood Monsters and the Lost Legacy of Milicent Patrick by Mallory O'Meara

The Star Machine by Jeanine Basinger

If you've ever lamented the trend of making people famous for, well, being famous, you need to read Jeanine Basinger's The Star Machine. In this microhistory of Hollywood, Basinger identifies the ways in which movie studios worked to manufacture film stars out of obscurity — and how they worked to cover up scandals and keep their top-billers at the top.

Postcards from the Edge by Carrie Fisher

The loss of the late, great Carrie Fisher still hurts, but the actress and writer left behind a wealth of memoir and fiction for us to enjoy. Her 1987 semi-autobiographical, epistolary novel, Postcards from the Edge, follows 30-year-old Suzanne Vale for one year, beginning immediately after she survives a drug overdose and enters a rehab facility.

Era of Ignition: Coming of Age in a Time of Rage and Revolution by Amber Tamblyn

In 2017, poet and actress Amber Tamblyn accused James Woods of trying to get her into bed when she was 16 years old. In Era of Ignition, the Time's Up founder tackles the #MeToo movement, discussing her life in late-20th-century Hollywood and what it's like to come of age during a time of radical social change, when so much is still left to fight for.

Backwards and in Heels: The Past, Present, and Future of Women Working in Film by Alicia Malone

Finally, there's Alicia Malone's Backwards and in Heels. If you're looking for a history of women's influence in Hollywood, this slim book is the next title you want on your nightstand.

More like this
16 Novels That Paint A Realistic Portrait Of Abortion
By K.W. Colyard
5 Gripping Books To Read From Women’s Prize For Fiction Winner Ruth Ozeki
By El Hunt
The 'Spiderhead' Movie Ending Is Nothing Like The Short Story It’s Based On
By Morgan Leigh Davies
10 Must-Read New Books Out This Week
By K.W. Colyard
Get Even More From Bustle — Sign Up For The Newsletter