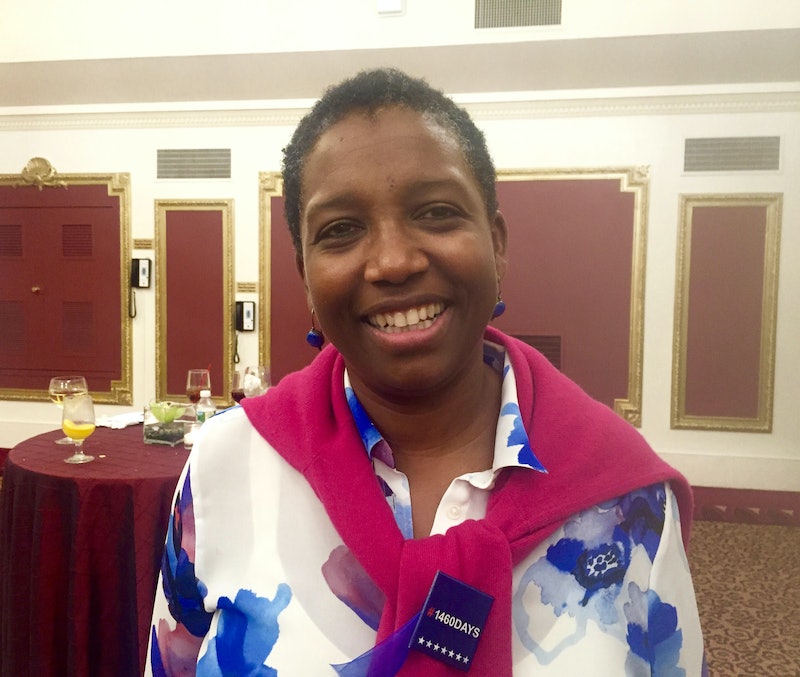 While President Donald Trump was gearing up for his Inauguration Day on Jan. 20, hundreds of people gathered at the Wyndham New Yorker Hotel the night before for the Anti-Inaugural Ball in New York City. Although I can certainly verify the event was fun, it was more than just a party with good food and music. The Anti-Inaugural Ball served as a call to action for professionals, students, regional activists, politicians, and artists from all backgrounds who want to create positive change during the next four years.

The Jan. 19 event also kicked off the launch of 1460 Days of Action, a new organization that educates people about the various policy issues that will affect different communities during Trump's presidential term. It also provides a toolkit for taking specific actions to address those policies. (It's named like so because there are 1,460 days in a four-year presidency.) As part of the Anti-Inaugural Ball, all ticket proceeds went toward funding two nonpartisan nonprofits, the New Leaders Council and the New Americans Leaders Project, both of which focus on identifying a new generation of leaders and training them to run for office. The ball raised more than $100,000 and more than 1,000 people attended the event, according to Kevin Jennings, co-chair of the event.

A core theme and goal of the Anti-Inaugural Ball was striving for an inclusive democracy in the United States. "Tonight's the end of the beginning, not the beginning of the end," Jennings, who was the assistant secretary of education for former president Barack Obama during his first term, tells Bustle. "The most distressing part of Donald Trump's campaign to me was how he defined some people as 'real' Americans, and how other people weren't because of their religion, race, or national origin. In a truly inclusive democracy, we'll have leaders who value each and every American."

Sayu Bhojwani, president and founder of the New American Leaders Project, was also in attendance at the Anti-Inaugural Ball. She agrees with Jennings, adding that it's important for people to feel that they have the opportunity to participate in shaping their community. "They should have access to the institutions of democracy, lawmakers should represent them, and policies should reflect their interests," Bhojwani tells Bustle. "When they want to go to the polls, they are welcome at the polls, and that when they want to go to city hall or state legislatures and voice their concerns, they are welcome there."

Bhojwani tells Bustle that Trump's presidential victory has indirectly provided "an increased level of permission for people in our society to engage in hateful action and rhetoric." And that's what the Anti-Inaugural Ball, among many other events and organizations dedicated to fighting Trump's agenda, was all about combatting.

I asked eight activists who went to the ball what an inclusive democracy would ideally look like to them, and what our biggest obstacles will be during the next four years. Here is what they said: