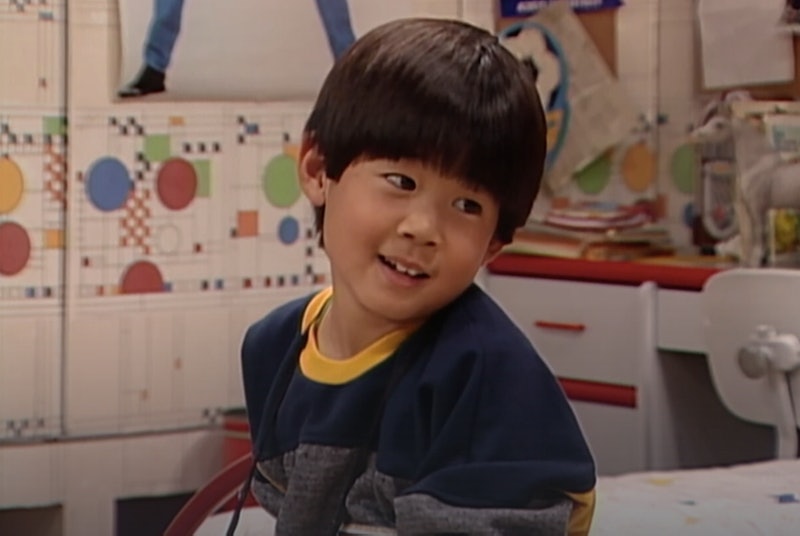 When it comes to Full House, your all-time favorite character is probably Stephanie or Jesse. (And, yes, those are the only two reasonable options.) But aside from the main cast, the show had a ton of recurring characters from Stephanie's cigarette-smoking friend Gia to DJ's frenemy Kathy Santoni. But, of all these characters, Full House's most underrated character is Harry Takayama, Stephanie's friend/husband, who was almost as sassy as she was.

Harry, played by Nathan Nishiguchi, is only featured in Seasons 2 and 3, and first appears in the episode "DJ's Very First Horse" in which he is surprised to find DJ's Very First Horse in the Tanners' living room and learns Stephanie's recipe for "cheese doughnuts" (Kraft Singles with a hole bitten out of the middle). Harry continues being a friend to Stephanie for four more episodes — which isn't much at all considering the series had 192 in total — but yet he's still memorable, which shows how much of an effect he had on the show and on viewers.

Harry did return for the revival, Fuller House, for one episode, but was played by another actor, Michael Sun Lee. For now, though, lets focus on just the original Harry in Full House. He deserves to be appreciated, and here are eight reasons why.

1. He & Stephanie Have A Great Rapport

Stephanie is the funniest character on the show (I will hear no arguments), and Harry really holds his own against her. For instance, after their wedding when Harry wants to go home, as one does, Stephanie says, "You can't walk out on me" and he responds, "Yes, I can. Tonight's meatloaf night." Take that, Chief! (He also calls Stephanie "Chief.")

2. He Gives Stephanie More To Do & Mixes Things Up

There's only so many arguments the three Tanner girls could get into together. Harry provided some more storylines for Stephanie, which is what she deserved.

3. He Makes The Show More Diverse

There are actually quite a few background characters of different races on Full House, which is good since it's set in San Francisco, but Harry having an ongoing speaking part and being Stephanie's best friend was a way to add more representation to the show.

4. He Has Super Cool Outfits

And this fly ensemble:

And this bomber jacket that is in style once again:

Asked if he will take Stephanie's hand in marriage, Harry repsonds, "I'll take her anywhere. After we're married we can cross the street." Ba-dum-ching!

In the episode "Pal Joey", Harry shows up to the Tanner's house with a giant "I love you" lollipop. When Stephanie tells him he's sweet, he says, "Thank you, it's for D.J." Buuuuurrrrrnnnn.

When Stephanie and Harry get engaged so that she can move out of the Tanner house where no one respects her, Stephanie says, "I'll be Stephanie Takayama" and Harry says, "And I'll be Harry Tanner." Maybe it was played for laughs because kids don't know how it works, but Harry and I say there's not a certain way "it works," and he chose to take her last name.

8. He & Stephanie Are Just Plain Cute

When they got married, they shared their "wedding bows." I mean, come on.

Oddly, Harry's last appearance includes him saying the line, "Quick, before I walk out of your life forever" AND involves Stephanie trying to explain why they shouldn't tease other kids by telling him, "Remember when you got that bad haircut and everyone called you 'salad bowl head?'" Um, first of all, that was the haircut he had until the episode at hand and also she still called it a bad haircut! How rude, indeed.

Foreshadowing and snide comments aside, thank you, Harry Takayama, for what you brought to Full House and for, generally, being a great boyfriend to Stephanie. (That's just a friend who's a boy, by their definition.)