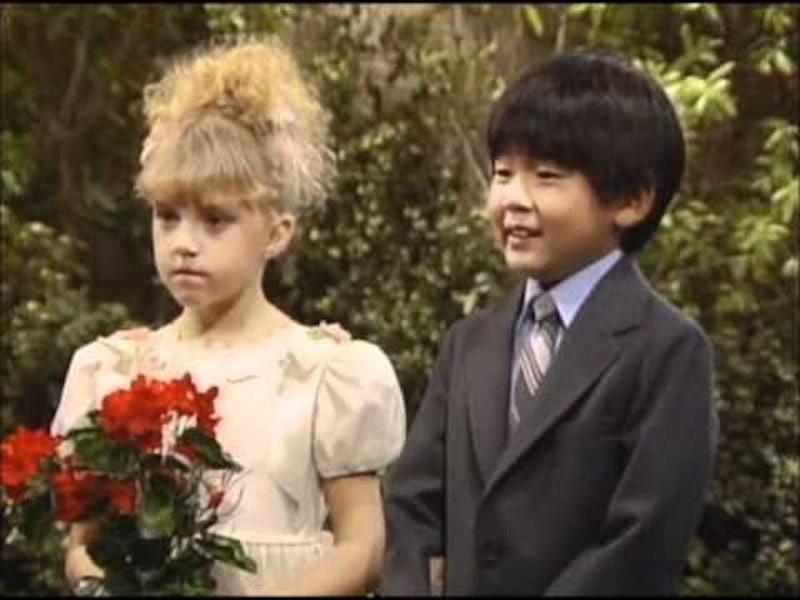 Ever since Full House came back into our lives in 2015 when the reboot by Netflix, Fuller House, was announced, my mind has been wandering trying to think of all the old characters I desperately want to see come back into the Tanner Family's lives. From major characters like Steve and Vicky, to the minor ones like Stephanie's friend Harry Takayama. Harry, like many of Stephanie's childhood friends, was completely underrated. Sure, Stephanie befriended some too-cool-for-school people when she got older — I'm looking at you, Gia — but her childhood friends like Harry were where it's at. Unfortunately at the time, Harry didn't get the appreciation he deserved as a friend, son, and husband (more on that later). That's probably why Harry is returning to Fuller House , so he can right the wrongs the show originally wrote for him.

While we don't know what capacity Harry will be returning to Fuller House , we do know that he'll be there for at least one episode, according to IMDB. Although the role has been recast to Michael Sun Lee, it is still as powerful as ever knowing that Harry will return to San Francisco after all these years — maybe he's never left? — and be a strong force in the Tanner Family's lives, even if for one episode.

In case you have forgotten just how poignant and underrated Harry's plight on Full House was, allow me to remind you. He had a lot to offer, but some people couldn't see it, even if it was right under their nose (like, while he was proposing to you Stephanie Tanner, ugh).

1. He Was Stephanie's First Love

Even though he didn't know what he was getting himself into (a very young marriage), Harry accepted Stephanie's relationship-titles without hesitation.

3. He Valued Safety In Not Crossing The Street Without An Adult

When Stephanie asked him to propose to her, he said, "Marry you? I'm not even allowed to cross the street." You know what that says to me? He's responsible.

4. He Got Stephanie A Scooby-Doo Stick-On Tattoo

Just because Harry wasn't always "on" doesn't mean we should over look him. If anything, it makes him more relatable. For instance, in the "Pal Joey" episode, Harry had a crush on DJ — totally not cool when that's the older sister of your former wife, but it makes him human. When he dumped Stephanie on their wedding day to make it home to his mom's meatloaf dinner? That just tells me he loves his mama.

6. He Had Nicknames For Those He Cared About

And finally, Harry knew that sometimes a little nickname for the ones you love can work wonders. Aka why he called Stephanie "chief," something I'm desperately hoping is still a thing on Fuller House.