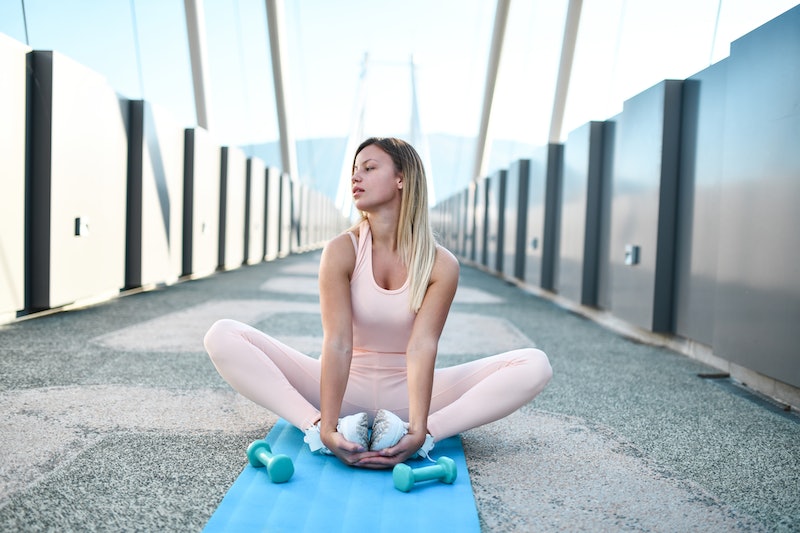 Having a positive and productive morning is no mean feat when you just know your body isn't wired to function at unholy hours. But there are are a few things morning people do differently which we could all learn from — and which don't actually take that much effort to do, as long as you exercise a little forward thinking. It's worth noting all of these things do include training yourself to change your usual habits, whether it's sleeping in late or exercising at the end of the day; that's doable with the right tools though. The bottom line is, if you want to become a morning person when you aren't one naturally, you're going to have to commit to some mental and physical changes.

As Laura Vanderkam writes in TIME, the first step to becoming a morning person is to create a 25th hour in the day. Not literally, because that's impossible, of course; the idea is that you complete the tasks you don't like doing first. Writes Vanderkam, "Once I realized the potential of mornings, I started to notice morning routines in many successful people’s schedules. It’s a great time for anything that’s important that life has a way of crowding out. Like exercise. As an athlete once told me, there will always be a reason to skip a 4 p.m. workout — and it’s going to be a good reason, too. There are fewer reasons to cancel a 5:30 a.m. workout."

Some of the world's most productive humans are known as morning people, so how do you join the clan if you consider yourself a night owl? Getting a good night's sleep is paramount, but research shows that you'll need to shift your daily sleep cycle by going to bed earlier or going outside into the daylight early in the morning. The daylight will help resets your circadian clock and shift your body toward morningness.

Here are eight other things morning people do differently — and which might be worth cultivating as habits if you want to become a morning person, too:

More like this
6 Abortion Advocates To Follow On TikTok
By Sara Youngblood Gregory
The UK Abortion Laws In 2022, Explained
By Sophie McEvoy
Taco Bell Announced A Crunchwrap & Tostada Made With Cheez-Its
By Emma Garza
Is The Insta-Famous Always Pan Actually Worth It?
By Jessica Goodman
Get Even More From Bustle — Sign Up For The Newsletter