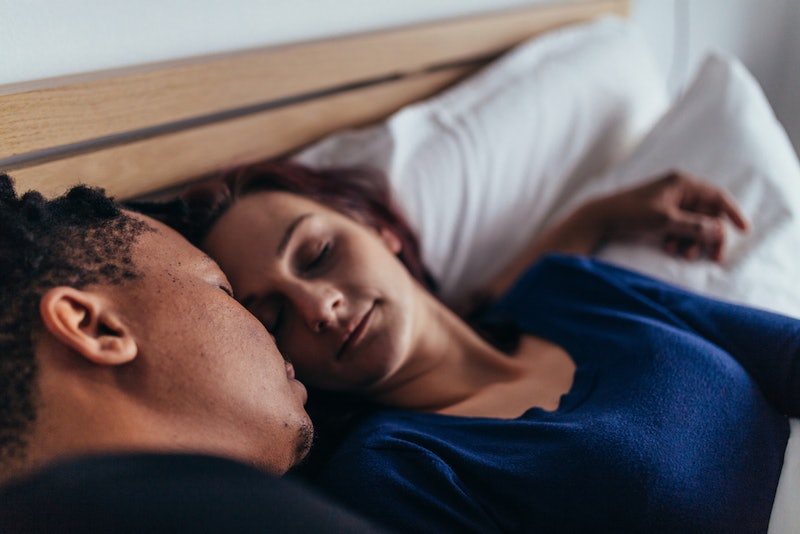 Jacob Lund/Shutterstock
By Jordan Bissell
May 2, 2019

If you've ever had penetrative sex, chances are it hurt the first time, or was at least a little uncomfortable until your body adjusted. The next time you did it, things probably went a little smoother. While it's totally normal to feel uncomfortable during sex at the beginning, there are definitely types of discomfort during sex to be aware of, according to experts.

If you've tried to make some changes yourself and are still uncomfortable, don't hesitate to seek professional help. "Any problem that isn’t easily resolved with lubricant, a change in position, or more foreplay needs to be checked out by a gynecologist," Stephanie Buehler, MPW, PsyD, CST-S, a licensed psychologist and AASECT-certified sex therapist at Hoag for Her Center for Wellness, tells Bustle. The sooner you reach out the better, she says, because that can not only make you feel physically better, but also prevent potential anxieties about sex or relationship problems. "Women shouldn’t feel embarrassed or guilty if something is going on with their body that makes intercourse difficult because problems are pretty common," Dr. Buehler says.

Here are some issues you should be sure to speak up about, according to experts.