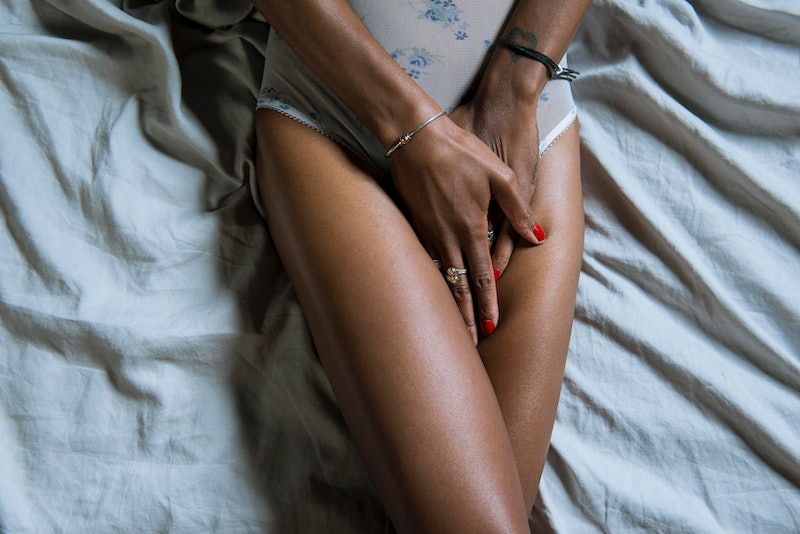 Certified sex educator and writer Emma McGowan reveals why sex may be painful in this week's Sex IDK column.

Q: What kinds of pain and discomfort are normal when having sex and which kinds should I be worried about?

A: One of the most common questions I get at Sex IDK is some variation of, “How do you know when pain during intercourse is normal, and when it is a sign of something else?” Because that question almost always comes from women and other people with vaginas, I'm going to be talking specifically about pain during penetrative sex for those humans.

First things first: Pain during intercourse is never “normal.” If you’re healthy, you shouldn’t be experiencing pain during sex ever — unless it’s the consensual, on-purpose kind of pain. But many women and other people with vaginas do experience pain during penis-in-vagina intercourse. And we’re often told — by health professionals, by our partners, by society at large — that some degree of pain during sex is to be expected.

That harmful belief comes from old — I’m talking Victorian era old — ideas about women and sex. Back in the Victorian era, there was the concept of the “angel of the house,” which was a wife who didn’t actually enjoy sex, but instead submitted to it for the sake of her husband and family. And while we’ve shed the corsets and bustles of the Victorian age, the idea that a “good” woman struggles with sex to some degree still persists.

In addition to the fact that expecting pain during sex is holding onto some seriously messed up, old beliefs, pain during sex can lead to major problems, like couples fighting or one member withdrawing completely.

“If you’re having pain during sex, it’s unlikely you’re ever going to want that sex,” Pam Costa, sex coach and founder of Down To There, tells Bustle. “A lot of the times when I’m doing assessments and it comes out that there’s pain, a lot of clients won’t say that up front, because they think it’s normal. It’s actually not normal.”

So: Pain during sex? That’s a sign that something isn’t going right. But don’t jump immediately to the scary potential medical problems that Google brings back for you. (I'll get there.) First, let's look at what’s actually happening in the bedroom.

More like this
The 19 Best Tweets & Memes About Bisexual Awareness Week
By Lexi Inks
These 4 Signs Are The Seductive Sirens Of The Zodiac
By Brittany Beringer
Are Quality Time & Gift-Receiving Love Languages Compatible?
By Lexi Inks
10 Creative Sexting Ideas That Don't Involve Nudes
By Lexi Inks
Get Even More From Bustle — Sign Up For The Newsletter