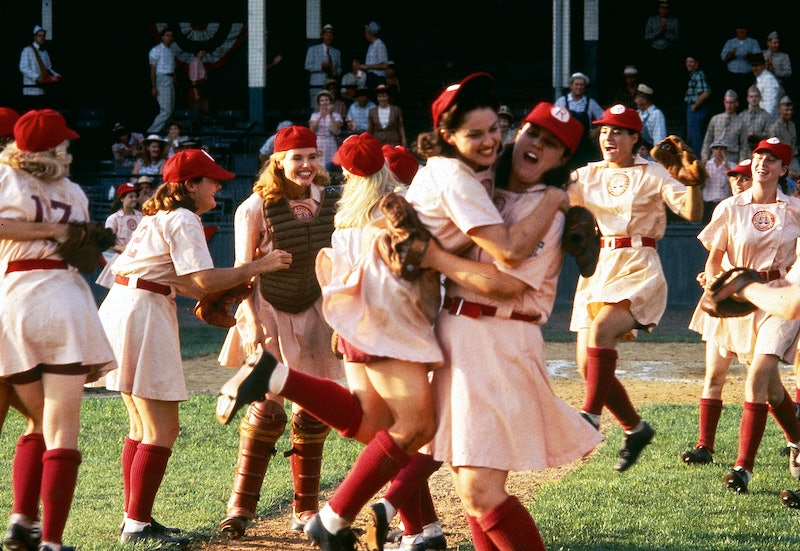 Baseball is definitely known as America's Favorite Pastime for a reason. Catching an MLB game at the stadium on a Sunday afternoon, or watching a little league or local league game are all quintessential summer activities. But, it's no secret that women players are basically nonexistent in modern baseball. The MLB is a men's only league and there is currently no women's league. And although there are some baseball and softball players, like Mo'ne Davis and Jennie Finch, who have been hugely in the public eye and have done their part to prove that women can play ball, we still have a long way to go until their skills are allowed to be tested on the world stage.

But still, there are women in sports who have made waves in baseball, and softball, to a historical degree. If you've ever watched A League Of Their Own, you know that during the war years, women were actually the biggest names in the sport. And there are women who are trying to change the game of contemporary baseball, too, both as players and as fans, trainers, and sports writers. The below picks combine non-fiction, fiction and memoir from both the past and present of women in baseball, telling the stories of female players who are throwing a curveball at how we think of the nation's most beloved sport.