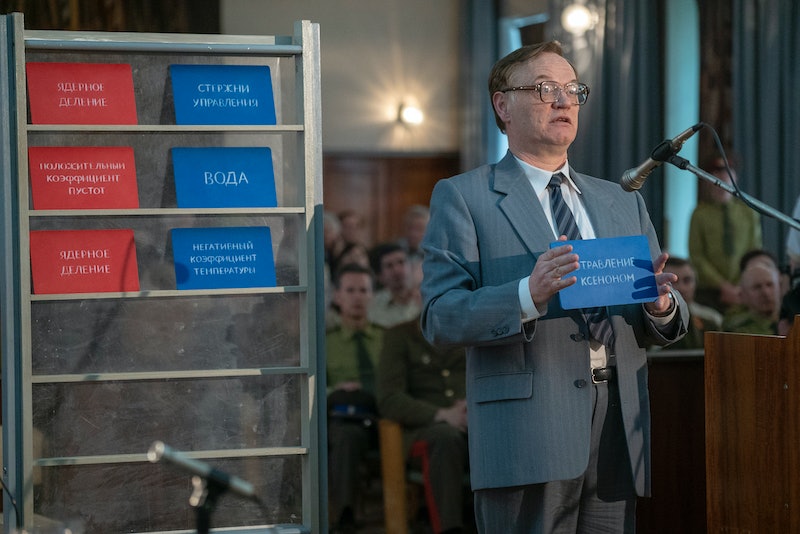 If you've been glued to your screens since the first episode of Chernobyl aired, you were probably left dumbfounded (and horrified) at how events played out. Although the nuclear disaster of 1986 is etched in a lot of people's memories, the ins and outs of the accident were a little hazy to most. Not anymore, thanks to the series' creator, Craig Mazin. His ability to capture both the survivors and surroundings of Chernobyl have left people wanting to know more. Luckily, he has revealed all the books and documentaries that taught him about Chernobyl.

As Metro reports, Mazin's Chernobyl is now the highest rated TV show to ever grace IMDb. Due to a cover-up by the Soviet Union, it was a story that had, save for the work of a few authors and filmmakers, rarely been told in its entirety. The series has been praised for its authentic portrayal of Ukrainian life and although certain criticisms have been made, it can't be argued that Mazin has kickstarted a Chernobyl knowledge quest.

So if you'd like to hear a retelling of events directly from survivors, watch brave men attempt to remove radioactive graphite from the roof, or find out what really happened to Lyudmilla Ignatenko and her husband Vasily, here's a few docs and books recommended by Mazin himself on Twitter.