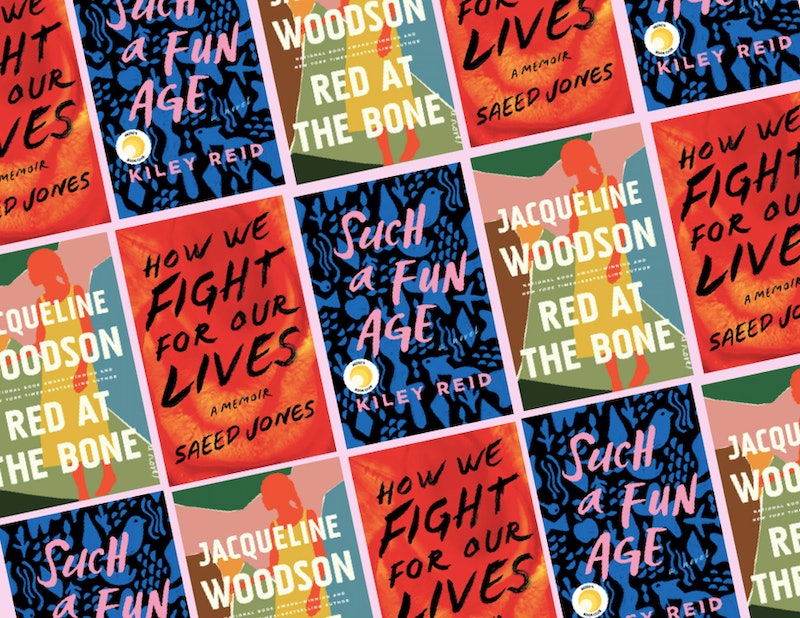 If you're still planning your February TBR, you're in luck. Goodreads user data has selected the following nine titles as the books you should read for Black History Month 2020, and they're all currently available wherever books are sold.

The nine books on this list were penned by a wide array of modern writers. With some written by iconic literary figures like Ta-Nehisi Coates and Jacqueline Woodson, and others on the list spotlighting the incredible debut works of writers to watch such as Saeed Jones and Kiley Reid. From The Water Dancer to Such a Fun Age these works celebrate the black experience, and challenge what it means to be a person of color living in America. And while they're a great fit for your Black History Month reading list, they're vital works of art — no matter the month.

Read on for the full list of books you should read during Black History Month, according to Goodreads users.

The Water Dancer by Ta-Nehisi Coates

In Ta-Nehisi Coates' first novel, an enslaved young man named Hiram discovers that he has the mystical ability to cross bodies of water through the power of Conduction. As Hiram uses his powers to help free others from bondage, he searches relentlessly for the mother from whom he was separated so long ago.

Red at the Bone by Jacqueline Woodson

Moving backward and forward in time, Jacqueline Woodson's Red at the Bone centers on Iris, a queer teen mom who puts off raising her daughter in order to attend Oberlin; Melody, her daughter, who is just coming into herself at age 16; and Sabe, Iris' mother, who refuses to shuffle off her mortal coil until her daughter and granddaughter come to terms with one another.

Children of Virtue and Vengeance by Tomi Adeyemi

In the follow-up to her 2018 YA hit, Children of Blood and Bone, Tomi Adeyemi returns to Orïsha, now supercharged with magic. The success of their last mission doesn't mean Zélie and Amari are out of danger, however. With the maji divided and Amari's claim to the throne in jeopardy, Zélie struggles to keep her people together in a nation on the brink of civil war.

How We Fight for Our Lives by Saeed Jones

In his 2019 Kirkus Prize-winning memoir, Saeed Jones tells the story of his coming-of-age as a black, gay man in the South. The raw and moving stories in How We Fight for Our Lives lay out the development and complications of major and meaningful relationships in Jones' life, in narratives many will find strikingly familiar.

How to Be an Antiracist by Ibram X. Kendi

Stamped from the Beginning author Ibram X. Kendi's How to Be an Antiracist is a book for a new generation of activists and equality-minded individuals. Beginning with the idea that it isn't enough to simply not be racist, Kendi's book imagines an actively anti-racist society and how we might achieve it.

The Deep by Rivers Solomon, with Daveed Diggs, William Hutson, and Jonathan Snipes

Based on Clipping's Hugo Award-winning song of the same name, Rivers Solomon's The Deep introduces readers to a family of mermaids, all descended from the African women who leaped from the decks of slave ships. In this society, one member, Yetu, is designated to carry the painful memories of her people's origins. But when she finds the trauma of the past too much to bear, Yetu tries to leave it all behind for a new life at the ocean's surface.

What makes a house into a home? In Sarah M. Broom's 2019 memoir, a shotgun house in New Orleans takes center stage. It's the house where Broom's parents raised 12 children, the house Broom fled in her early adulthood, and the home she came back to in the aftermath of Hurricane Katrina.

Such a Fun Age by Kiley Reid

In this much talked-about new novel, a white inspirational speaker must confront her own subconscious biases and unwittingly racist tendencies. Alix hired Emira, a young black woman, to babysit her two young children, but Emira's just been harassed by a security guard who believes she's kidnapped her charge. On the same day, Alix's newscaster husband, Peter, has made a racist, offhand comment on live television. Suddenly forced to confront who she really is, Alix finds herself face-to-face with a blast from the past in this debut.

The World Doesn't Require You by Rion Amilcar Scott

Each of the stories in Rion Amilcar Scott's collection takes place in Cross River, Maryland — a community founded by the leaders of a successful slave revolt. The World Doesn't Require You weaves its way through the voices of Cross River's residents — human and non-human, living and dead — across centuries of life.