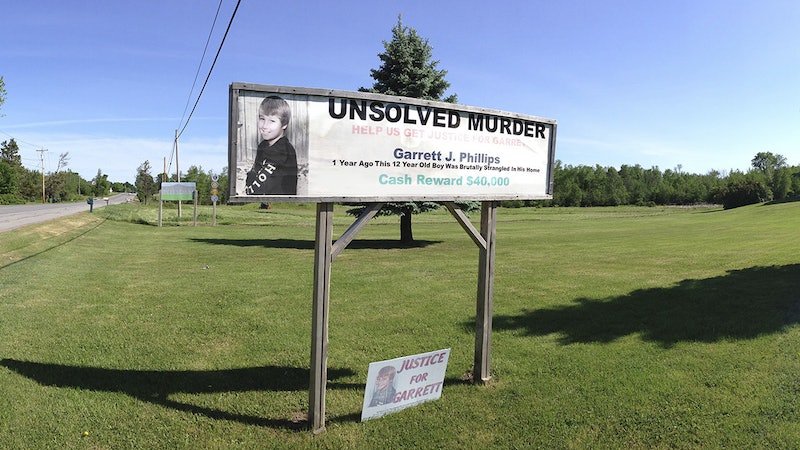 Sometimes, traveling down a Wikipedia rabbit hole happens before you even realize it. You go to look up an actor's hometown and the next thing you know you're reading about all the state birds of the entire U.S. But other times, you know when a Wikipedia rabbit hole is going to come on, and if you're a true crime person that's probably happened to you a lot. Want to do some more digging? The documentaries about cold cases below will leave you searching Wikipedia... you just won't find any concrete answers.

The TV series and films listed here include some of the most well-known cold cases out there — JonBenét Ramsey, Jack the Ripper, the Zodiac Killer. But there are also some that you might not have heard of, like the killing of Garrett Phillips, which occurred in upstate New York in 2011, or the story of Sister Cathy Cesnik, a nun who was murdered in Maryland in the 1960s.

But no matter which one you choose to watch, you'll probably be pretty creeped out, and also feel like you want to learn more. There's a lot of information out there for you to look through, just not the answers that friends, family, and authorities have been looking for in these cold cases for years.

The death of JonBenét Ramsey is one of the most covered cold cases of all time. Since a lot has been said about it, this documentary from Netflix switches things up by including multiple actors "auditioning" for the roles of Ramsey and her family members and offering their takes on the story.

This telling of the story is more traditional and was initially a three-night special that aired on Investigation Discovery in 2016, 20 years after Ramsey's death.

Investigation Discovery also made an American Murder Mystery documentary about the 1981 death of Natalie Wood. The actor drowned after being aboard a boat with three other people, including her husband, Robert Wagner, but it's never been clear how or why she was in the water at night wearing street clothes.

The Keepers looks into the 1969 murder of a nun and teacher named Sister Cathy Cesnik. The case went unsolved, but new evidence surfaced decades later. The series explores abuse within the Catholic Church and the suspicion that Cesnik was killed for knowing too much.

This new documentary from HBO is about a 12-year-old boy, Garrett Phillips, who died in 2011. No one has been convicted for his death, but a new lead was reported as recently as March of this year.

6. The Hunt For The Zodiac Killer

The History Channel aired a documentary in 2016 about D.B. Cooper, a man who hijacked a plane in 1971, parachuted off of it, and then disappeared forever.

8. Jack The Ripper: The Case Reopened

A 2018 doc from the BBC, Jack The Ripper: The Case Reopened is about the case of the late 1800s London murderer, which remains unsolved to this day. But, given that over 100 years have passed, this documentary shows attempts to use new technology to find out who the killer was.

Over 30 years ago, a boy named Johnny Gosch disappeared while on his paper delivery route and ended up being the first missing child to appear on a milk carton. This documentary looks into both evidence and conspiracy theories.

Since some of these cold cases have already been intriguing people for years, don't be surprised if there are more documentaries to come on the same stories.