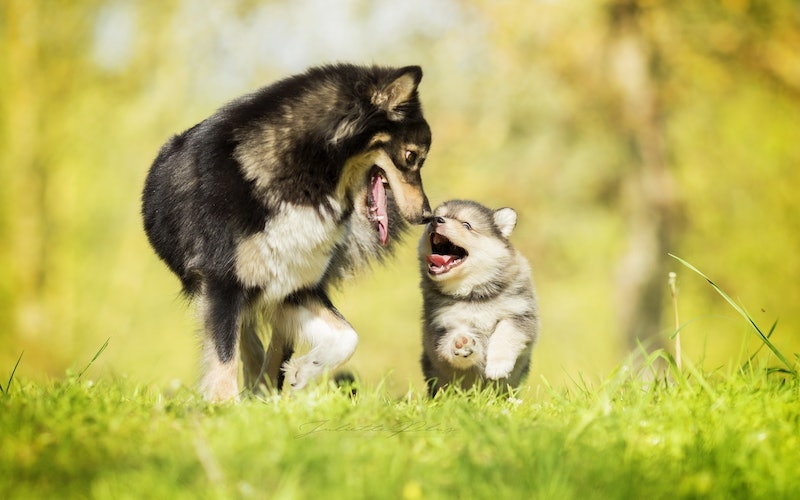 It's easy to assume that two dogs will get along perfectly, because why wouldn't they? They're both, well, dogs. They're the same animal with similar mindsets, so they must be predisposed to becoming best friends, right? Actually — not so much. Think about it: Are two humans destined to get along just because they are both humans? Definitely not, even if they do happen to be very similar. Dogs may not be on the exact same level as humans, but they still have personalities, emotions, and feelings, and they aren't all the same. That means they won't always get along — especially when age is a factor. There are lots of older dogs out there who don't like to be around little puppies, which can make things tricky if you're trying to add a second, younger pup to your home.

Puppies and older dogs are on two different wavelengths: puppies are excited, full of energy, they haven't learned how to communicate properly with other dogs yet, and they're just all over the place. Older dogs, meanwhile, are more established in your home, they have their routine, and they don't want a little pup coming in and messing everything up for them. So, their relationship can get a bit tense sometimes, especially if they are of a breed that doesn't tend to get along with others very well.