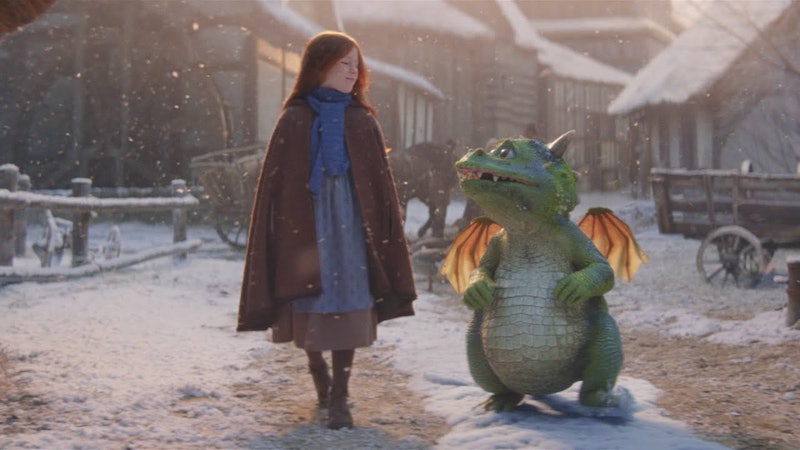 One of the biggest milestones in the Christmas period is the big budget adverts put out by brands and retailers every year, and British supermarket giant John Lewis is probably the most hotly anticipated every year. And this year it's all about one little dragon who needs to reign in his excitement less he blow his fiery flames and ruin the celebrations for everyone. And this little guy is already such a family fave that you'll be stocking up on all the excitable Edgar merchandise from John Lewis this Christmas.

Not since Aldi made an actual flipping carrot the gift of the season has an advert's character stolen the country's heart with such success.

Edgar is the adorable little dragon whose excitement leads to him sending flames flying out of his snout, which really is quite the feat of genetic engineering but also a bit on the antisocial side. Of course, what's Christmas without a bit of a miracle or at the very least a meeting in the middle? So his friend, a young girl, gets him a Christmas pudding. Something which very much benefits from a little bit of fuego am I right? Christmas puddings are a bit gross IMO but that sentiment is absolutely gorgeous. As is all of the cute merch available right this very second.