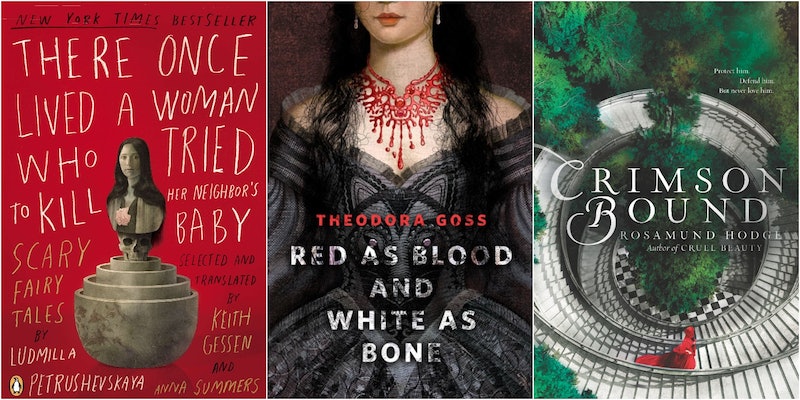 When we were kids, "fairy tales" were the cutesy purview of Disney movies and children's books. Princesses sang to animals and princes gallivanted around with their privilege wildly unchecked. Fairy godmothers helped good (i.e. beautiful) people, and wicked (ugly) stepsisters always got their just desserts. But as we got older, some of us (who had nothing cooler to do in high school) tracked down the original versions of these fairy tales... and things started to get darker. Turns out, the Brothers Grimm were really invested in punishing women in all sorts of fun, gruesome ways. Of course, fairy tales are part of humanity's vast oral tradition, so there's rarely one definitive original version. But if you're a fan of twisted tales, here are a few modern retellings that are even darker than the versions you may be familiar with.

Honestly, it makes sense that fairy tales make for excellent horror stories. Most fairy tales involve children or other young people grappling with a horrifying prospect — like being abandoned by their parents, eaten alive, or married off to a rich, beastly stranger. Those fears still resonate with us, no matter how old or how modern we become. Deep, deep down in our subconscious, we still fear the strange things that live in the woods: