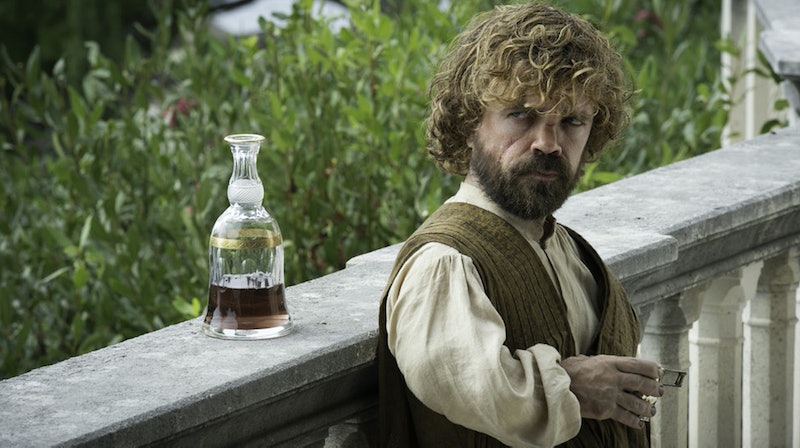 When it comes to Game of Thrones, there are a few images that come instantly to mind — and most of them probably involve dragons and/or incest. That’s cool, the show stays on brand. But there is another character that makes a lot of appearances on the show — in fact, I don’t know if an episode has passed by without seeing it. That character is alcohol. There is so much booze on the show that Game of Thrones alcohol quotes are basically a sub-genre of the script. So if you’re looking for a little inspiration for your next drinking session or boozy Instagram quote, you might just want to turn to GoT.

Of course, the amount of booze in Game of Thrones is not a blank check to go and get wrecked — I mean, they’re all too busy worrying about staying alive to worry about the state of their livers. Plus, they always talk about how beer was watered down in the olden days and, I may not understand exactly when when Game of Thrones is set, but let’s just assume their wine and beer is not very strong or else how could they, you know, defeat the undead.

But there are some total zingers in the alcohol department — and if you’re looking for some wit and wisdom, you don’t have to look very far. And YES most of the quotes about booze come from from Tyrion Lannister, because he is the show’s self-appointment “god of tits and wine," but some other characters show their enthusiasm as well. Here are nine of the best Game of Thrones drinking quotes.