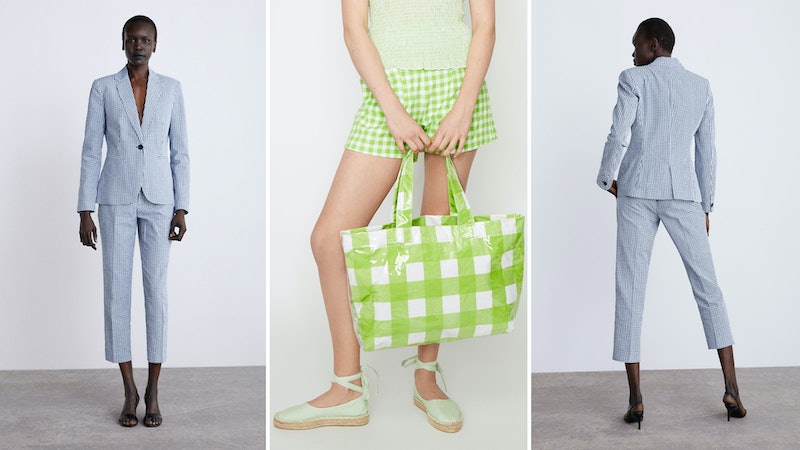 Gingham. It's a word that evokes several things. For many, it's a decidedly vintage print. It's an instant reminder of Judy Garland in The Wizard of Oz; of Marilyn Monroe lounging around in checked trousers; of Brigitte Bardot's 1959 wedding dress. For me, it's an epic throwback to my childhood picnic blanket. Whatever image gingham conjures up, it's clear that the pattern is back with a vengeance this summer. With that in mind, here's nine ways to wear gingham in the coming months.

As AnOther magazine reports, gingham as a fabric originated in India. However, it was stripy, rather than checked. The term "gingham" wasn't a thing in the English language until the 17th century and began to grow in popularity after mid-18th century Manchester mills started producing the print you know and love today.

The material is relatively inexpensive, making it an accessible look for all. Plus, the pattern can be worn literally anywhere, including the office, casual weekend days, and more formal occasions. It's available in almost every single style too. So whether you're looking for the ultimate summer dress, a bag that's actually practical, or a jacket to cosy up in at night, you're in luck.

Here are the best pieces to invest in right now.