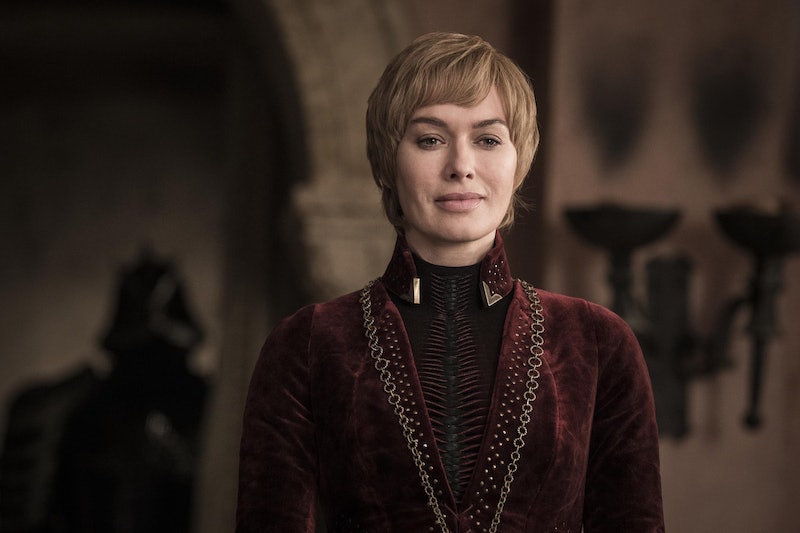 Well, Game of Thrones fans, the end is officially almost here. On Sunday, May 12, the penultimate Game Of Thrones episode, and it's going to be just as big as you'd imagine it would be... maybe even bigger. There have only been four episodes in season eight so far, but each one has been packed with drama, emotion, action, and a whole of anxiety-inducing moments. In fact, at this point, watching Game of Thrones is the best way to ensure you'll have Sunday night insomnia, as it's nearly impossible to fall into a sound sleep after getting a glimpse at what is going on in Westeros.

This episode isn't going to be any different — if anything, it's going to be even more stressful than the last few episodes. And yes, that includes the third episode, where we watched the Battle of Winterfell unfold, and everyone sat gaping at their television screens for nearly 90 minutes. Last week, Emilia Clarke — who plays Daenerys Targaryen — appeared on Jimmy Kimmel Live! to hype up all of the viewers watching, saying this latest episode is going to be even "bigger" than episode three, and will involve a huge battle. We can only assume that battle is the Starks and Daenerys' army against Cersei Lannister and the Golden Company to take King's Landing, aka the Battle of King's Landing. So if you were missing a lot of action in episode four, it seems that's definitely going to happen this time around.

What else can we expect? Probably the deaths of more main characters we all know and love, and maybe even some more relationship meltdowns. It's going to be rough, and you're going to need to de-stress afterwards. Below are a few meditations to do after Game of Thrones season eight episode five, because you're going to need them: