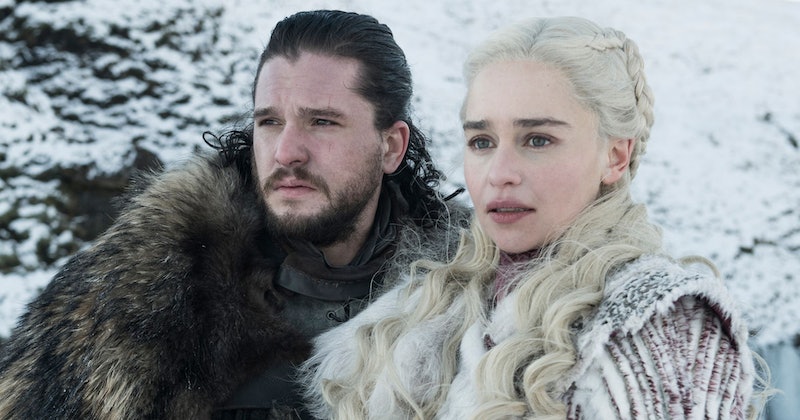 If you're a fan of Game of Thrones, it's hard not to count down the days until Sunday, Apr. 28, when Season 8's third episode, "Battle of Winterfell," airs. The first two episodes of the show's very last season have so far been relatively quiet when it comes to major character deaths — though, plenty has happened on a more emotional level. We've watched characters develop, we've cheered on Brienne when Jaime knighted her, we've laughed at Tormund's ridiculous but perfect giant story, we've found a whole new level of cheer for Arya, and we've wondered what is actually going to happen between Jon and Daenerys. Now, in "Battle of Winterfell," we're sure to see some of our favorite characters die as they fight off the Night King and the White Walkers... and it's definitely going to be stressful.

A typical episode of Game of Thrones can leave you feeling full of restless, anxious energy, and this one is definitely going to be even more intense. It can be hard to settle down after watching, let alone go to sleep — but that's what most viewers have to do, since, you know, Monday morning is coming up the very next day. So how can you relax? Meditation is definitely not a bad option.

It might sound silly, but a little bit of meditating after a particularly gruesome episode of GoT might be exactly what you need to settle down and get your nerves relaxed so that you can actually fall asleep. Below are some meditations to try after "Battle of Winterfell" so that you're not a zombie when you head to work the next morning. Thank us later!