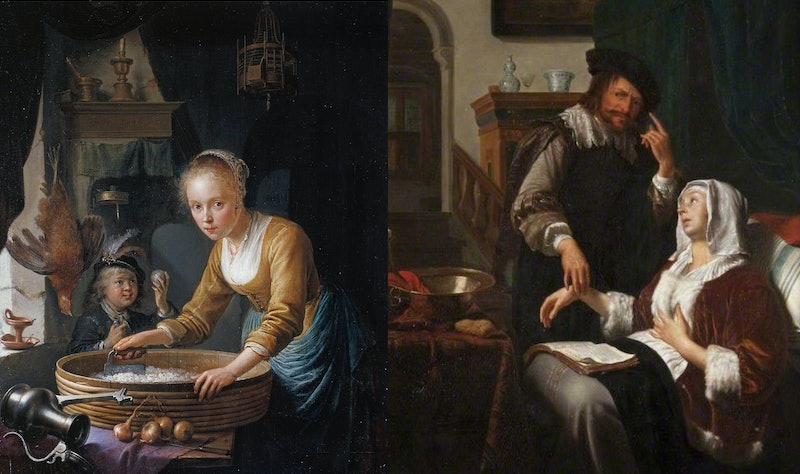 The beginning of colder weather is a lovely time for many of us — so many new sweaters to wear and pumpkins to buy! — but it's also the start of sniffles, sore throats, and coughs. Yep, cold season is coming. The common cold has been a part of recorded human history for thousands of years, and we're not any closer to "curing" it. (Because the cold is a virus, pretty much the only "cure" is to let it run its course while staying hydrated and marathoning Netflix.) But back in the day, people used to try anything to stop the virus is in its tracks — and it's probably good that these old-fashioned cold cures from history aren't a thing anymore.

The logic behind a lot of old-fashioned cold medicine is understandable, if not based in science. Take the medieval system: a cold seems as if it comes from a cool body, so it stands to reason that "hot" foods and substances might cause a cure. Unfortunately we now know that's not how viruses work, but anybody who's had a sauna or a steamy bath while they're feeling particularly unwell can testify that the idea of heat is pretty nice. In execution, though, a lot of old-fashioned remedies were, well, rather far of the mark. Grab your hot toddy and prepare to be a bit disgusted.

More like this
These 25 International Horror Movies On Netflix Prove Fear Is A Universal Language
By Bustle Editors
This Psychological Effect Might Be Keeping You From Hitting Your Goals
By Lexi Inks
10 Pumpkin Recipes That Are Way More Creative Than Pie & Lattes
By Rebecca Deczynski and Alexis Morillo
On TikTok, Tinned Fish Date Night Is The Latest Viral Food Obsession
By Emma Carey
Get Even More From Bustle — Sign Up For The Newsletter