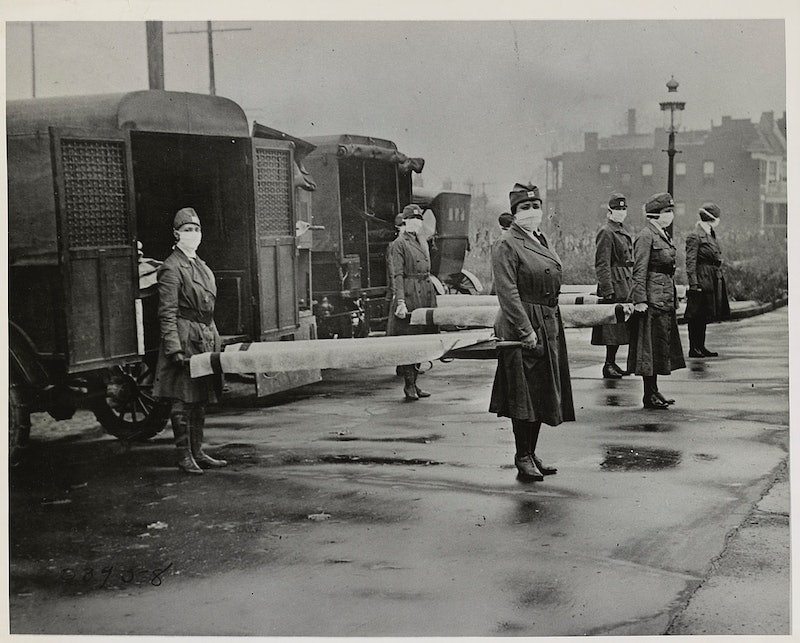 The flu has been around in some form for thousands of years. The Greek physician Hippocrates is thought to have written about the flu as early as 412 B.C., and around that time, it was thought that the flu came from "bad air" or misfortune in the stars. It wasn't until the 20th century that doctors discovered how influenza really works and how to stop it. Today, we luckily have the flu shot as a safe and effective means of preventing the flu, but these old-fashioned ways to prevent the flu decidedly did not work (and are best left in the past).

Sometimes, the preventative measures of the past were quite effective. Italians of the 14th century, seeking to prevent plague from coming onto their shores with foreign traders, invented quarantine measures that seem very sensible to modern thinking, including 40 days of isolation, and washing materials like cloth under running water for 48 hours. Face masks designed to prevent the spread of infection were widely used in U.S. cities during the flu pandemic in 1918. But for every intelligent response to the threat of the flu virus, there have been dozens that were a lot less science-based, and a lot less functional.

More like this
26 Ghost Story Podcasts To Get You Ready For Halloween
By Jessica Booth, Mia Mercado, JR Thorpe and Emma Carey
This Psychological Effect Might Be Keeping You From Hitting Your Goals
By Lexi Inks
5 Ways To Help People Impacted By Hurricane Ian In Cuba & Florida
By Emma Carey
8 Completely Unserious Tips To Make Your Cuffing Season A Success
By Ginny Hogan
Get Even More From Bustle — Sign Up For The Newsletter