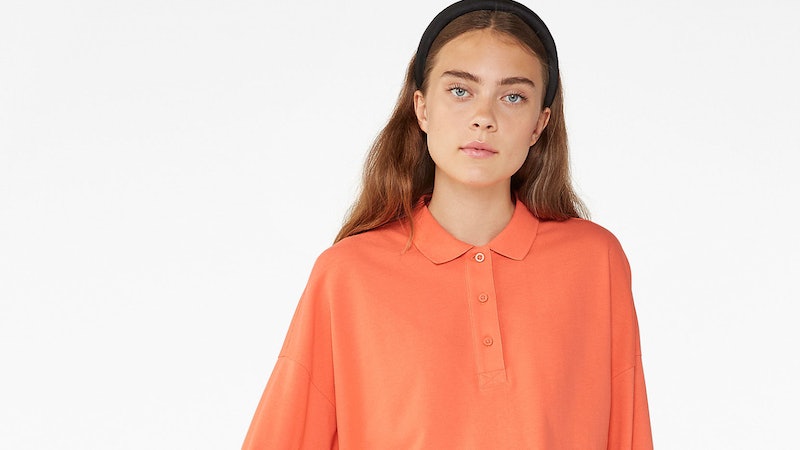 Until this year, I had never worn a polo shirt. But now I own one, I'm never going back. Not only is the traditionally sporty design super comfortable, but it now comes in a knitted fabric to keep you cosy all season long. If you're yet to take the sartorial plunge, here's a few winter-friendly polo shirts to whet your appetite.

Polo shirts were all over the most recent Paris Fashion Week catwalks. Whether worn alone or under a shimmering dress, the casual style has quickly become a stand-out womenswear piece.

Its history, of course, has been largely tied to men's fashion. Unsurprisingly the uniform of polo players, the button-down look is believed to have originated in India in the 1800s, reports CR Fashion Book. But it wasn't until 1933 that tennis adopted the cotton design. Then, Lacoste and Fred Perry became synonymous with so-called polo shirts.

In the modern era, the shirt has traversed the worlds of hip-hop and preppy culture; all while remaining completely wearable. From vibrant long-sleeved versions to cropped and stripy options, there's a fabric, silhouette, and colour for every taste. You never know, one of the following may well become your go-to piece during the cold spell.