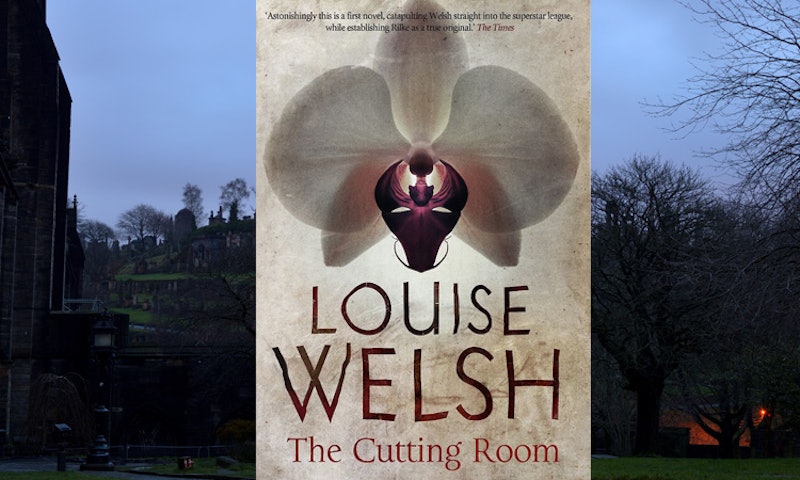 Buttons and Fluff/Shutterstock, Canongate Books
By Lara Williams
May 24, 2018

If you prefer your summer books to be less exotic locations, sun-dappled characters, and sizzling storylines and more, well, creepy, then this is definitely the list for you. I've rounded up the scariest books set in British towns to read this summer. Because who says a summer read has to be something to be enjoyed beside the beach, sipping an Aperol Spritz, before lathering on the suncream? A summer read can also be something to devoured without even leaving the house!

Britain is home to many a classic creepy tale. Hound of the Baskervilles, surely the eeriest of the Sherlock Holmes stories, is set in the Devonshire countryside. Wuthering Heights, Charlotte Brontë's only novel, is gothic and mysterious, set in the wilds of the Yorkshire Moors. Perhaps the creepiest and most famed horror novel of all, Dracula, is set on the shores of Whitby.

However, if you are looking for something more contemporary for your creepy literary fix, there are currently a crop of decidedly scary novels guaranteed to haunt you, all set in locations you will most likely be familiar with. Curl up with some of the creepiest books that take place in your British town...

The Cutting Room is Scottish novelist Louise Welsh's debut novel, and set in Glasgow. Protagonist Rilke is an auctioneer tasked with rifling through the possessions of a deceased and wealthy older man: stumbling upon a collection of disturbing and potentially violent adult movies, featuring a young woman. Rilke is drawn into the dark underbelly of Glasgow as he attempts to track down the young woman in this haunting and entirely unforgettable novel.

When photographer Joy loses her mother, she struggles to piece her life back together, helped by the support of her mysterious neighbour Mrs. Harris. However, when she finds herself in possession of a massive inheritance, including her grandfather's diary and a 19th century warrior's head, she embarks on a journey across London uncovering some dark family secrets. This magical realist novel will get your spine and brain tingling.

Dover: White Is For Witching by Helen Oyeyemi

Set on the cliffs of Dover, this hypnotic and chilling novel is a strange twist on the coming-of-age genre. Miranda Silver develops the rare eating disorder pica: a compulsion to eat non-edible items, such as chalk, following the death of her mother. Her father takes over the family-run B&B, before supernatural happenings make it somewhere you are unlikely to want to visit for a weekend break.

Jack is a student at university in Manchester: going to the local pubs, living in a grotty houseshare, playing Mario Kart. That is, until he meets a mysterious and wealthy girl and promptly falls for her. When she buys a gigantic mansion in the Cumbrian countryside, he and his friends hotfoot it for a party. Things then take a decidedly grisly turn when some of the guests transpire to be werewolves.

The Loney is set on the northwest coast of England, the childhood home of narrator Smith, who returns to find a young boy's body on the beach. The book slips between the past and the present, but the jumps in time are just as dislocating as the gothic landscape Smith spends time on and the strange rituals of the locals. The Loney exists in a strange liminal space that is not quite magical or real, that is somewhere in-between, guaranteed to stay with you long after you've turned the final page.

The Existential Detective is set in the Scottish coastal town of Portobello, taking place in the brothels, nightclubs, and amusement arcades that line the coast. The premise is set around a missing scientist's wife, and the private detective, William Blake, charged with finding her. But William has his own cross to bear: the loss of his daughter Emily. The book is thrilling, sleazy, creepy, and fascinating, and will make you see the Scottish seaside in an entirely new light.

Eight Ghosts is a collection of eight different spectral short stories, set at eight different English heritage sites, written by eight different masters of the form. But one of the stand-out tales is Orange Is Not The Only Fruit, novelist Jeanette Winterson's contribution set in Cornwall, with a melancholic and eerie tale of love and loss set in the spooky surrounds of the castle.

Birmingham: What Was Lost by Catherine O'Flynn

Set in what you might not call a traditionally creepy setting, a shopping mall, What Was Lost is in fact a decidedly eerie and slow-burning novel, that ramps up the tension until the last possible moment. Inspired by author Catherine O'Flynn's time working at the Merry Hill Shopping Centre in the West Midlands, a little girl's disappearance sends ripples through the community. The service corridors of a mall have never seemed more ominous.

Novelist Malcolm Pryce has done that which seems unlikely: written a series of heavy-noir hard-boiled detective novels all set in Aberystwyth. Writing in the style of renowned noir novelist Raymond Chandler, Pryce superimposes a noirish aesthetic over the Welsh city, and the results are unsettling. The first in the series sees private detective Louie Knight investigate the mysterious disappearances of schoolboys in the city.

So if you're looking for something to give you chills this summer, these spine-tingling delights, will likely do the job. Grab a torch and dim the lights.