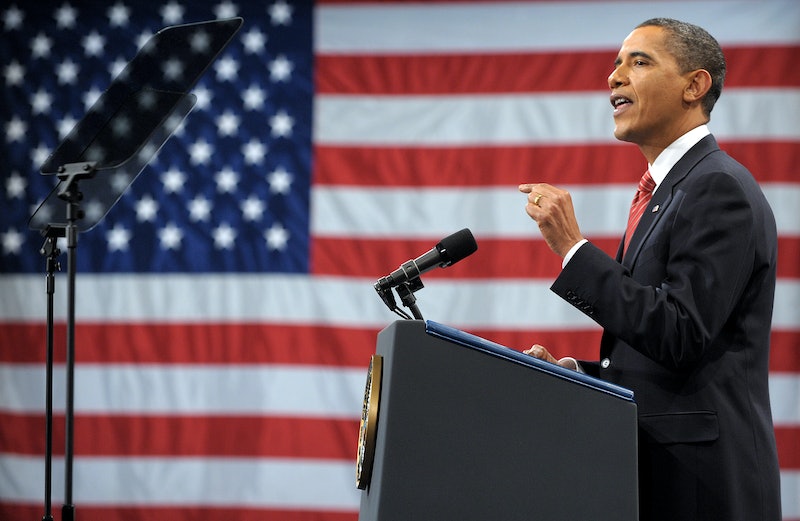 The year 2009 feels like a long time ago — and in many ways, it really was. The first iPhone had only just come out. The economy had just crashed. And, of course, Barack Obama had just taken office. With the steady stream of absolute craziness in Trump's administration, it's hard to remember what was happening at this point in Obama's first term. So, it's take a journey back in time, to the days when members of the White House staff weren't subjects of major federal investigations and there was no question of a foreign power having worked to elect the president.

Obama entered in the midst of a financial crisis, and passed his stimulus bill not even a month into his presidency — despite the fact that Republican leaders had already vowed to obstruct his efforts as much as possible. He made great strides in his first 100 days, helped by a Democrat-controlled Congress. Some would have liked him to accomplish more, but compared to Trump's failure to pass any significant legislation in that period, the beginning of Obama's first term is starting to look more like a gold standard. Let's go to the time just after that, May and June 2009, when Obama's administration was really launching into full swing.