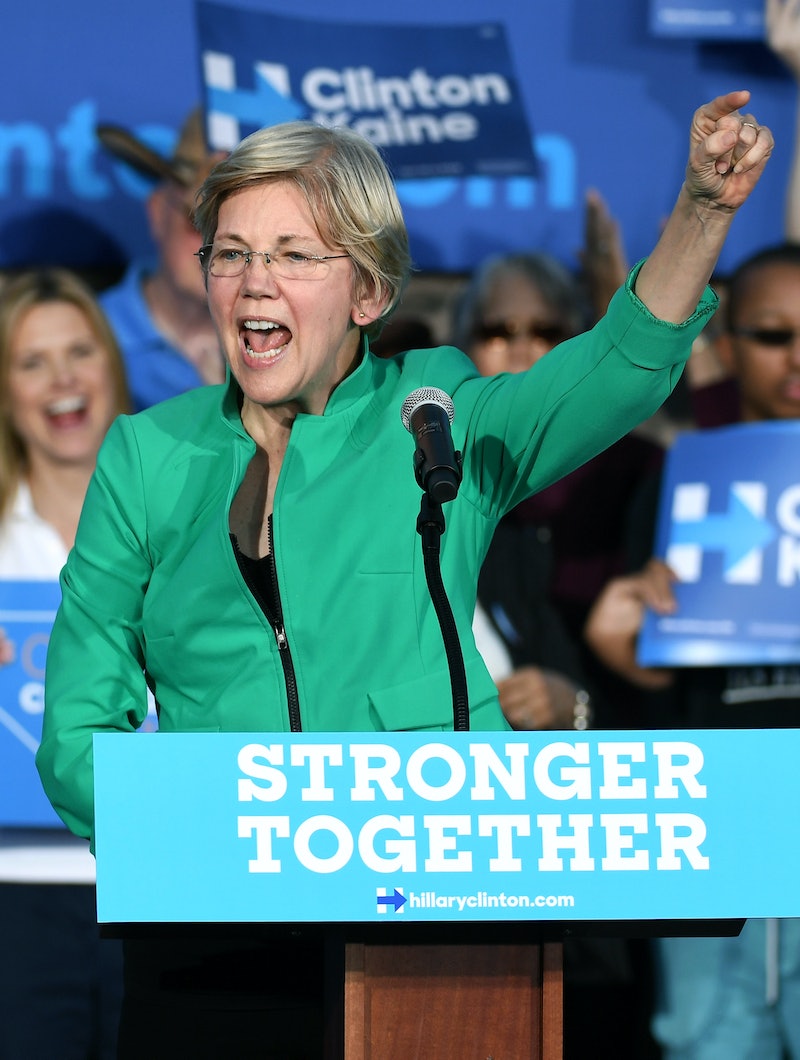 Sen. Elizabeth Warren has made a name for herself as a firebrand, lauded as one of the most outspoken voices against President Trump and many of his administration's primary goals. While most politicians take a diplomatic approach to voicing their opinions, Warren is actually akin to Trump in her refusal to sugarcoat her opinions (though that is where the similarities between the two stop). This comfort level with controversy has perfectly positioned Warren to be an ideal counter to the new president, as she has a well-established record of speaking out boldly on issues that matter.

Warren had an established career as a lawyer and law professor before rising to national prominence during her 2012 run for the Senate. Arguably, her fame-making moment came during that year's Democratic National Convention, at which she gave a passionate speech that put her firmly on the radar as a rising star within the Democratic party. Since then, Warren has kept at it, voicing her views on everything from big business corruption and Washington cronyism without concern for the measured niceties that usually mark political speech. Here are just a handful of examples when Warren went for gutsy candor over a strategically moderate approach.