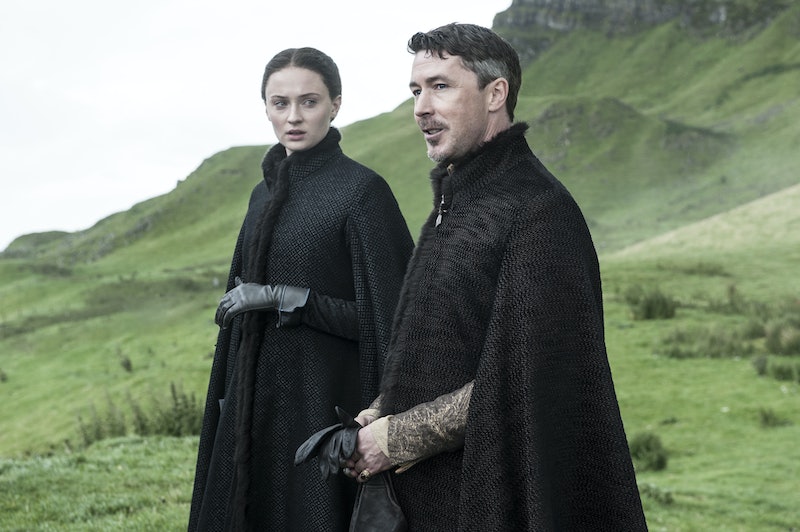 Game Of Thrones is aptly titled in the sense that the series is a veritable game of chess in a fight for the Seven Kingdoms. And, while there are obvious contenders for the Iron Throne — Jon Snow, Daenerys Targaryen, Tyrion Lannister, etc. — there are a few people who have been quietly playing the game, pulling more strings, and wielding more power than those born in fancy houses. Littlefinger and Varys are actually the MVPs of the game. Without them, almost none of the events on the series would have unfolded. Seriously.

Love them or hate them, Littlefinger and Varys are the series' real game changers. They also take the reality TV show approach to competition, forming alliances, lying, and manipulating. Basically, they aren't here to make friends. They are here to win. But, winning means different things to the two characters.

Charlie Jane Anders wrote for Gizmodo, Varys and Petyr Baelish, AKA Littlefinger, have different motives for attaining power and pulling strings. The Gizmodo piece points out that Varys schemes and learns secrets to wield power through abstractions like "the realm" and "the throne." Littlefinger, however, uses chaos as a ladder for personal gain — it's every man or woman for themselves in his world. Anders went on to say, that the "crucial difference" between Varys and Littlefinger is that Varys has not been known to seek a position for himself. But, Littlefinger chips away at the system as a means to obtain more personal power.

Viewers have underestimated the power both men have wielded throughout the series, and fans shouldn't dismiss the fact that both characters are still standing as the show enters its final two seasons. Things are getting down to the wire in Westeros.