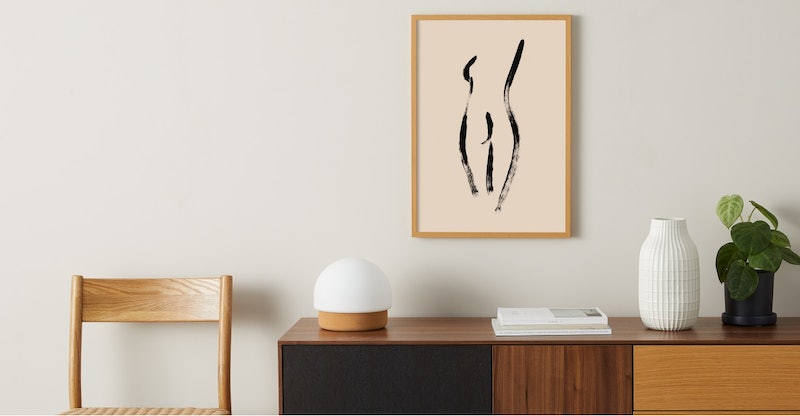 If you're an avid scroller of homeware blogs and influencer feeds, it's been hard to avoid the newest fad to hit the interiors space. Boobs, bums, and everything in between are flooding the homes of the trend-savvy. Now, thanks to affordable brands picking up on the passion, everyone can invest in homeware that celebrates the female form.

One of the most famous purveyors of womanly homeware in the UK has to be Anissa Kermiche. Breast and bum vases of all shapes and sizes can be found in the designer's ceramics collection. (It goes without saying that the larger the piece, the more it'll cost you. Still, there's plenty to cop for less than £100.)

According to Kermiche, the flair for all things female began with line drawings. Body illustrations "have had a bit of a moment over the last couple of years in design," she told Harper's Bazaar, "and our sculptural pieces are just a new interpretation of this within the realm of homewares."

What's most refreshing is that this latest interior spin places zero emphasis on perfection. The body parts displayed on vases, cushions, and the like are gloriously lopsided. In Kermiche's case, it's all to do with inclusivity.

As she explained to Harper's Bazaar: "The media is often so oversaturated with distorted impressions of women’s bodies. The natural and unsymmetrical, in my opinion, is always much more appealing to the eye."

If you agree, here's a few imperfect homeware pieces to snap up.