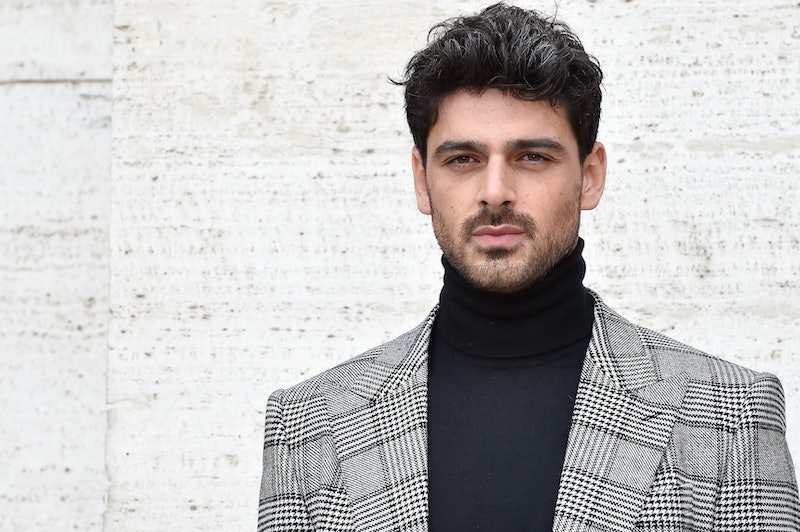 The Italian actor confirmed the news in a video filmed for a fan on HalaHi, the Middle Eastern equivalent of Cameo, where fans buy personalized videos from select celebrities, per Just Jared. “If we’re going to do the second part… the answer is yes," Morrone revealed in the video, which you can watch on TMZ. "We’re going to shoot the second part. We still don’t know when because of the problem the whole world’s got with [COVID-19], but for sure we will make it."

365 Days follows Morrone's character Massimo, a dangerous drug lord who tracks down Laura (Anna-Maria Sieklucka), a beautiful woman he once spotted on the beach, kidnaps her, and gives her a year to fall in love with him. Yes, it's disturbing and manipulative, and more than a little terrifying. But really, the plot doesn't matter much, since the film is gaining rapid notoriety for its seemingly endless amount of graphic sex scenes.

365 Days has drawn huge comparisons to 50 Shades of Grey, for its similar BDSM-filled plot line. And, just like 50 Shades, it has also garnered intense criticism online, with BuzzFeed calling the movie "bizarrely misogynist" and people on Twitter saying the plot was "problematic" for glorifying sexual violence and kidnapping. It even earned an astounding 0% rating on Rotten Tomatoes, if that tells you anything.

Contrary to Morrone's statement, a sequel to the film has yet to be officially announced, but despite the criticism, the prospects are looking good. As pointed out by CinemaBlend, the movie has been Netflix's most popular film for the past few weeks, until the June 26 premiere of Will Ferrell and Rachel McAdams' Netflix film Eurovision.

Additionally, like 50 Shades, 365 Days was based on the first book of a trilogy of novels, so the material for not one, but two sequels is already written. The film even ends on a major cliffhanger, so at this point, if there's not a sequel, it'll be one of the most surprising things of 2020.