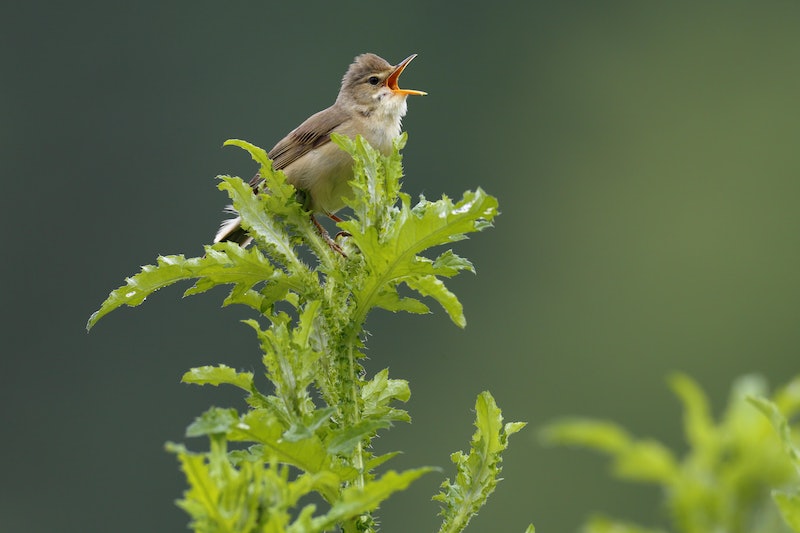 You know when a song comes on the radio, and it just straight up slaps so much, to the point where it has you declaring: "This. This is my jam"? Well, I feel that way about birdsong. You can keep your Drakes — the sound of ducks quacking and birds whistling is my DJ. So, I'm basically in the prime of my life now that pure birdsong is currently climbing the UK charts. OK, maybe I'm joking (just a little), but the reason people are currently listening to birds sing on Spotify, iTunes, Apple Music, Google Play and elsewhere is very important.

In an initiative to turn the public's attention to the current climate crisis, and to the many of endangered bird species its resulted in, The Royal Society for the Protection of Birds (RSPB) has put out a track of pure birdsong, with an accompanying video. According to the organisation, "56 percent of UK wildlife is in decline and time’s running out to protect what’s left." The RSPB want you to spread the word by bumping the track up the charts and shouting about it via the hashtag #LetNatureSing. Fortunately, it seems like a lot of people are on board already.

The RSPB's ultimate goal is to get the track to the number one spot, and it's steadily getting there, as Official Charts revealed that the track's currently at number 11 in their midweek charts on Monday, April 29 2019. The organisation are hoping for the single to soar come Dawn Chorus Day, which takes place annually on Sunday, May 5, and, according to Awareness Days, sees nature lovers across the world gathering to listen to the dawn chorus together. It writes: "The event is promoted by the Wildlife Trust and this is the perfect opportunity for nature lovers to gather at dawn in one of the scenic spots in the United Kingdom to listen to the sounds of birds as they sing to great the rising sun."

The track's already made history as it's the first ever release of pure birdsong to enter the UK charts, and it would mark an even more momentous moment in history if it were to reach the top spot. But it does have some very stiff competition in its way. There are some huge names nestling up to the birds in the midweek charts, as Taylor Swift's single 'Me!,' which boasts a record-breaking music video, is currently contending with Stormzy's flame filled single 'Vossi Bop.'

The Official Charts has revealed that there's currently only 530 sales between the Swift and Stormzy singles, and unfortunately, the birdsong is lagging a little way behind. But there's definitely still time to let it fly up the charts. You can help it get there by downloading the track from the RSPB website, streaming it on the service of your choice, and cawing about it so the world can hear, using the hashtag #LetNatureSing.

The more people talk about it and listen, the harder the issues of climate change and endangerment will be to ignore. I'm hoping that it'll only be a matter of time before many more artists at the top of the charts will draw your attention to the cause, too.