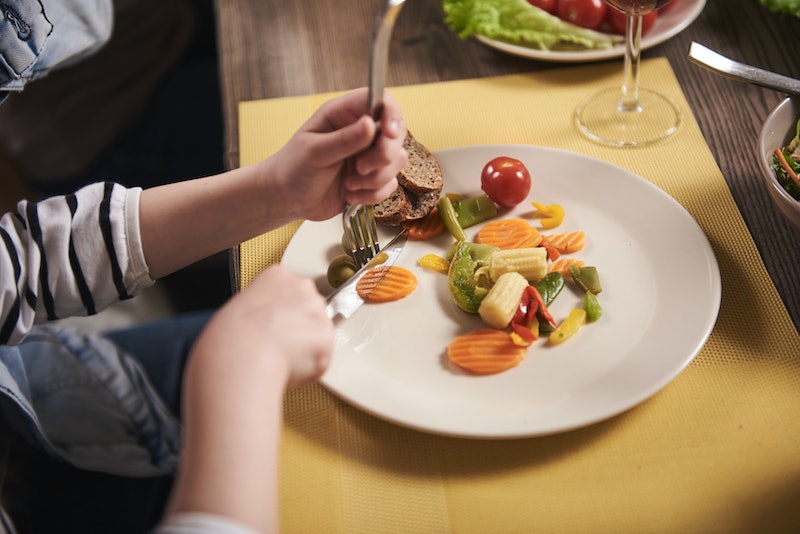 Kids are strange, it's just the way it is. If there are any young folks in your life, chances are you have at least one anecdote about their alarming behavior. While most of these tales live on in the form of family stories your parents will one day tell your in-laws, in some cases a third party gets involved. Rarely does one make international news, but when it does you can bet it's worthy of the headlines. A case that has made headlines in the past few days embodies this wholly. Last week, a boy called the police about his salad.

On Tuesday, June 12, police in Halifax, Nova Scotia, Canada received not one, but TWO calls from a 12 year-old boy concerning a salad his parents had made him for dinner. According to a post on the Royal Canadian Mounted Police's Facebook page, the initial call was made a little before 10 p.m. The boy told law enforcement he didn't like the salad, and requested law enforcement assistance. Then, as a squad was being dispatched to the scene, the boy called AGAIN, reportedly claiming police were not responding to his "emergency" quickly enough. According to the post on their Facebook page and an interview with Canadian News, police the opportunity to talk with the boy about when it is — and is not — appropriate to call 911.

If you think children are the only ones to make facetious calls to the police, think again. Royal Canadian Mounted Police Corporal Dal Hutchinson told the Canadian Broadcasting Corporation non-emergent and erroneous calls are made to police in Nova Scotia every day. In extreme cases, callers are even stuck with a $697.50 fine for misuse of the emergency line.

"They've involved everything from someone calling 911 complaining that there wasn't enough donair meat on their donair [kebab]," Corporal Hutchinson said to CBC. "Another one a person couldn't find their TV remote so they called 911. It's not just children that misuse 911."

While the perpetrator in this situation was, in fact, a kid, authorities decided to make the story public to use it as a teaching lesson for people of every age. "It created an opportunity for [the boy] to learn something from this," Corporal Hutchinson explained to CBC. He also acknowledged the boy's parents were "not impressed" by their son's volatile vegetable behavior.

Naturally, cases involving improper calls to police are not limited to Canada, either. We've all heard stories like people calling 911 because their fast food was taking too long, or the kid who called because of the Grinch stealing Christmas — in fact, one of these seems to make the rounds at least once every month. But as lighthearted as some stories of this nature seem when they're getting circulated around for laughs, but the truth is calls like this create a massive hassle for police, who are obligated to respond to all emergency calls, regardless of their nature. As silly as it may sound in cases like unpleasant salads, the practice may be life-saving — particularly if someone in danger is unable to communicate properly, or something is stopping them from relaying information.

As to the response to the case of the sickening salad, no permanent harm has been done — although Corporal Hutchinson reports the situation may have affected his diet. "I typically have a salad everyday at lunch, but today is one of those days I'm not having one," he told the CBC.

If he doesn't like the one he has tomorrow, at least he won't face any consequences for calling himself.

More like this
Why TikTok Is Obsessed With Caesar Salads Right Now
By Alexis Morillo
TikTok's Butter Board Might Be The New Cheese Plate
By Emma Carey
On TikTok, Tinned Fish Date Night Is The Latest Viral Food Obsession
By Emma Carey
Behind The Hilarity Of The "POV: You Walk Into My Room" TikTok Trend
By Lexi Inks
Get Even More From Bustle — Sign Up For The Newsletter