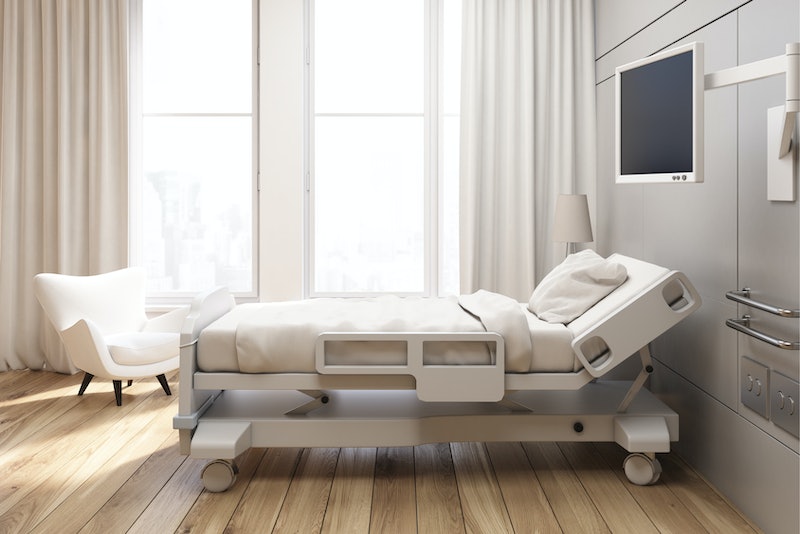 You might think that finding a slew of potentially deadly spiders in your home sounds like something out of a horror movie, but for Brentwood, Tennessee, resident Angela Wright, this creepy infestation was all too real. Wright told CBS News that she woke up one morning with "arm pain and a few bumps on her chest and arm," but wasn't too concerned at first. Her symptoms didn't improve even after she was given medication to help soothe the bumps. Eventually, Wright developed sharp chest pains and felt like she was "hallucinating," according to CBS, in what turned out to be a severe reaction to brown recluse spider bites.

Wright told CBS that the spider bites nearly caused a stroke when blood clots formed in her lungs. Metro reports that Wright was bitten by brown recluse spiders at least three times, and that about 50 of them were later found in her bedroom. Brown recluse spider venom contains a potentially lethal neurotoxin that can cause chills, fever, and hallucinations. And Pennsylvania State University notes that brown recluse bites are not always painful at first, but the venom has “necrotic or cytotoxic properties,” which are destructive to the body’s tissues and can even cause gangrene.

Penn State further reports that symptoms of a brown recluse spider bite usually appear about seven hours after a bite, which will take on a blister-like appearance that tends to increase in size over time. Some people are especially sensitive to brown recluse venom, and may experience severe reactions like Wright did; symptoms can show up as flu-like with nausea, rashes, jaundice, and convulsions, while severe cases can be fatal.

For those with severe reactions, like Wright, brown recluse bites can have long-term consequences: Wright told CBS that she now has to take blood thinners for life in order to avoid new blood clots forming.

For those in states or regions where brown recluse spiders occur, there are ways to help prevent bites. Medical News Today reports that while the brown recluse spider is super poisonous, bites are relatively rare as they typically prefer to run away rather than bite. About ten percent of people bitten will develop severe injuries or complications, Medical News Today notes, and death is rare. Still, it’s important to take steps to prevent and treat bites whenever possible. If you do get bitten by a brown recluse, see a doctor right away — this will give you the best shot at a quick recovery with minimal complications. Those with compromised immune systems or medical conditions like diabetes have a higher risk of complications, so it’s key to see a doctor immediately if you’ve been bitten or suspect a brown recluse bite.

The best way to prevent bites is to avoid areas where brown recluse spiders live whenever possible; they tend to hang out in wood and rock piles, so clear these out where you can, and wear gloves if you think you might be at risk of exposure when working outside. Also, the spiders tend to gravitate towards dark spots in the house — like attics, closets, and basements — and might nest in any clothing or bedding that hasn’t been used for a while, so be sure to inspect those areas carefully. Medical News Today notes that preventative measures are pretty simple, and can go a long way in preventing brown recluse bites. If you do live in an area where brown recluse spiders live, take steps where you can to prevent bites and infestations, and see your doctor stat if you end up with a bite.

More like this
What Is The Forest Personality Test? The TikTok Trend, Explained
By Georgina Lawton
This Creepy TikTok Trend Encourages Out-Of-Body Experiences
By Kaitlyn Wylde
TikTok’s #NapkinChallenge Is The Chaotic Good You’ve Been Missing
By Sophia Moore
I Tried The $20 TikTok Viral Oishii Strawberries — Here's What I Thought
By Sophie Hanson
Get Even More From Bustle — Sign Up For The Newsletter