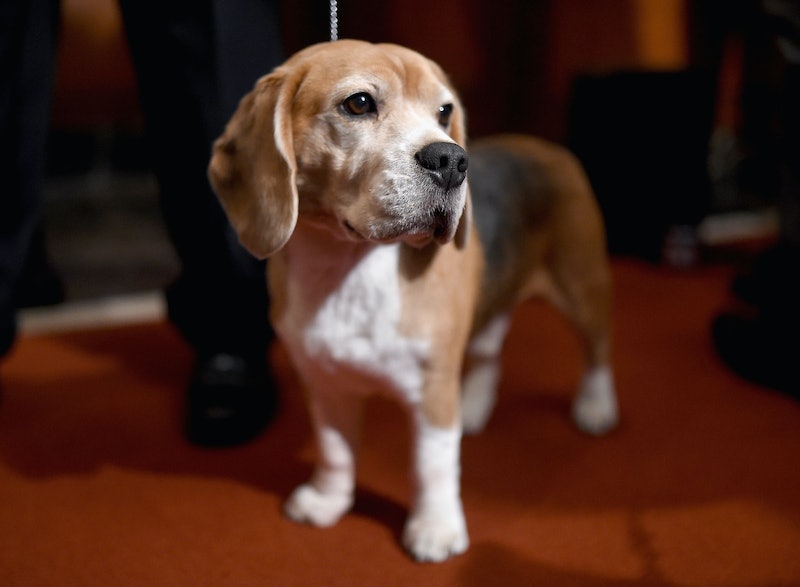 Vaccines have been successful in the prevention of myriad diseases and some specific types of cancer-causing viruses, like human papillomavirus (HPV). However, because there are so many forms of cancer, and the disease has the ability to mutate to resist treatment, researchers haven't yet been able to develop a broad cancer vaccine. That might soon change with Colorado University's Vaccination Against Canine Cancer Study (VACCS trial), which could pave the way for the development of a cancer vaccine for humans, CNN reported.

While most cancer treatments work to attack and eradicate cancer cells after they are detected, this study is focuses on a vaccine designed to prevent cancer altogether. The VACCS trial is testing a potential cancer prevention vaccine on healthy dogs between the ages of 6 and 10 and following up on the dogs, who will live with their humans, two to three times a year for five years.

"Healthy dogs of certain breeds, 6 years or older, will be randomized to receive either a series of vaccines similar to other routine vaccines that are given to dogs currently, or placebo vaccines," the Flint Animal Cancer Center at Colorado University said on its website. "In addition to potentially providing a new strategy for cancer prevention in dogs, if successful, this study could provide important justification for eventually looking at a similar approach in humans."

According to CNN, Stephen Johnston, director of Arizona State University's Center for Innovations in Medicine, originally wanted to test the vaccine on humans, but the cost and other obstacles proved difficult. After meeting Doug Thamm, a veterinarian, cancer survivor, and director of clinical research at Colorado State University's Flint Animal Cancer Center, the pair teamed up and turned their focus to testing the vaccine on dogs.

"Cancer is actually the leading cause of death in adult dogs," Dr. Thamm told CNN. "They develop these tumors spontaneously as a result of old age in a way that's very, very similar to the way humans do."

While dogs and humans look nothing alike, cancers in canines and humans are very similar, according to a 2013 study from the University of North Carolina School of Medicine that was published in the journal Cancer Research.

"Pet dogs get cancer the same way humans do: at similar rates, and for unknown reasons. Like humans, dogs' tumors are spontaneously occurring, rather than genetically created as they are in mice, so canine tumors may more accurately mimic the situation in human cancer patients," Dr. Kristy Richards, an assistant professor of medicine and a member of UNC Lineberger Comprehensive Cancer Center, said in a press release about the study.

"Dogs are good models to study, because it will also be possible to study shared risk factors, in the environment, for example, that might predispose both humans and dogs to get lymphoma. Our knowledge helps dogs and humans with lymphoma."

Dr. Richards added that the similarities between dogs and humans provide significant opportunities to develop cancer treatments and prevention techniques that will benefit both humans and and their canine companions. What's more, these studies are non-invasive to ensure the dogs are not harmed.

But even if the vaccine proves successful in preventing cancer in dogs, introducing it to humans is likely a long way off. However, this study and others like it provide hope that someday there could be a way to prevent cancer altogether.

The VACCS trial is ongoing, and those who live within 150 miles of a research site can enroll dogs that meet the criteria in the study. Sites include Colorado State University in Fort Collins, Colorado.; University of California, Davis in Davis, California.; and University of Wisconsin, Madison in Madison, Wisconsin.